Knights of the Round Table facts for kids 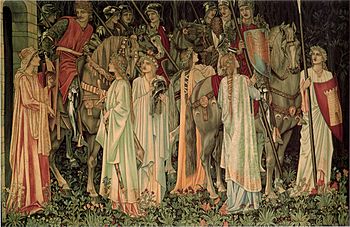 The Arming and Departure of the Knights, one of the Holy Grail-themed 19th-century tapestries by Edward Burne-Jones, William Morris, and John Henry Dearle 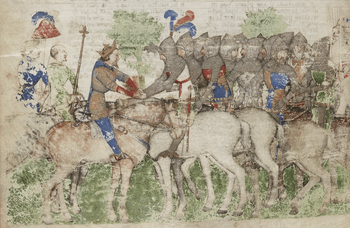 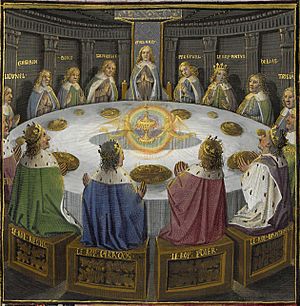 King Arthur's knights, gathered at the Round Table

Sir Thomas Malory wrote a book based on the legend of King Arthur. It was called Le Morte d'Arthur. In it, he wrote his version of the Code of Chivalry: 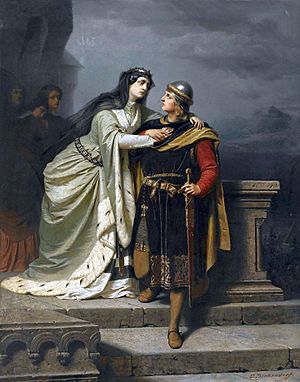 In different stories, there are different numbers of knights, ranging from 12 to more than 150. The Winchester Round Table shows 25 Knights. Most of the people believe that these are the knights of the round table:

All content from Kiddle encyclopedia articles (including the article images and facts) can be freely used under Attribution-ShareAlike license, unless stated otherwise. Cite this article:
Knights of the Round Table Facts for Kids. Kiddle Encyclopedia.