Lakeview is an unincorporated dominantly African American community in the Carrier Mills township, Saline County, Illinois, United States. Lakeview was originally called "The Pond Settlement" It was named after the Cypress swampland and wetlands that surrounds the area of Carrier Mills. It is one of the oldest settlements in Illinois, and holds the oldest dominantly African American cemetery in Illinois. The community is drained by the Saline River

Lakeview was established by a group of African-American freedmen who immigrated from North Carolina shortly after the War of 1812. They arrived between 1818-1820. This area was ideal for the remaining Native Americans who lived, hunted, fished, and farmed this region. Most of the Native American Families around 1800 contracted Small Pox and were all but wiped out. Only 13 families remained and they welcomed the freedmen with open arms. 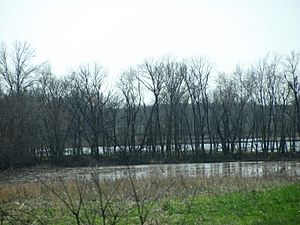 The South Fork of Saline River periodic flooding is the reason of the 19th century name "Pond Settlement" then later "Lakeview". Similar to why Harrisburg was named "Crusoe's Island" prior to 1850. This flooding is still prevalent today.

Census records indicate that the first settlers were the Allen, Blackwell, Taborn, Mitchell, Evans, Cofield, and Cole Families. These earliest Lakeview residents were most self-sufficient. They depended on a mixture of hunting and farming for their food. The early families had substantial land holdings in the Pre-Civil War era. It was only after the village of Morrillsville, later known as Carrier Mills, was established that some of these holdings were sold off. Whites continued to buy land around Lakeview during the remainder of the nineteenth century, resulting in the breakup of the larger land holdings.

Never a formal community or village, Lakeview covered a series of farmsteads concentrated about 3 square miles (7.8 km2); however, the focus of the settlement has always been on the church and school, along what was is now Taborn Road.

Lakeview had its own school and grocery store along with many homes. In 1850, a Union Church was established near Carrier Mills in Saline County. Most members were either Baptist or Methodist. An African Methodist Episcopal Church was organized at the home of Irvin Allen, who then built a one-room log church building on his property. Later they organized and built a frame structure on the M. Taylor farm. After the church burned they rebuilt and moved the church to Carrier Mills where it sits today. This congregation is now Baber Chapel AME Church. The Lakeview cemetery has become a state historical landmark. The area of Lakeview is still a nearly 100% black area. After the closing of the Lakeview school in the 1950s, many people moved to the east side of Carrier Mills. 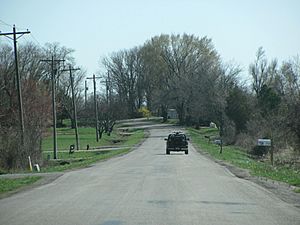 The Pankey Road approach to Lakeview at the Carrier Mills city limits. 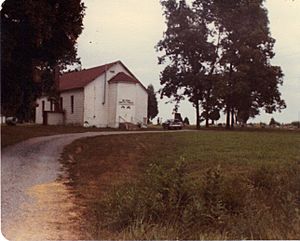 Deputy Royce E. Cline was the only police officer to die in the line of duty in Saline County, and was shot and killed by a suspected bootlegger in "pond settlement" on Friday, August 14, 1925.

All content from Kiddle encyclopedia articles (including the article images and facts) can be freely used under Attribution-ShareAlike license, unless stated otherwise. Cite this article:
Lakeview, Illinois Facts for Kids. Kiddle Encyclopedia.