Latimer is a census-designated place (CDP) in Jackson County, Mississippi, United States. It is part of the Pascagoula Metropolitan Statistical Area. The population was 6,079 at the 2010 census, up from 4,288 at the 2000 census.

According to the United States Census Bureau, the CDP has a total area of 16.2 square miles (42 km2), all land. 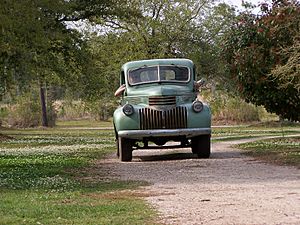 Latimer is served by the Jackson County School District. It includes three elementary schools, one middle school, and one high school. Students in Latimer attend schools in St. Martin, Mississippi.

All content from Kiddle encyclopedia articles (including the article images and facts) can be freely used under Attribution-ShareAlike license, unless stated otherwise. Cite this article:
Latimer, Mississippi Facts for Kids. Kiddle Encyclopedia.