Lists of parks in Omaha, Nebraska facts for kids 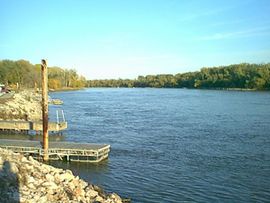 This is a list of parks in Omaha, Nebraska. It includes cemeteries and golf courses. Most parks in Omaha are governed by the City of Omaha Parks and Recreation Department.

In 1854 Alfred D. Jones drew four parks on the original map of Omaha City. They were called Jefferson Square, which was paved over by I-480; Washington Park, which is where the Paxton Block currently sits at North 16th and Farnam Streets; Capitol Square, where Omaha Central High School is now located, and; an unnamed tract overlooking the river with Davenport Street on the north, Jackson Street on the south, North 8th on the east and North 9th Street on the west. Jefferson Square lasted until 1969, when it was razed to make way for a new interstate in downtown Omaha. The riverfront from the interstate south to the headquarters of ConAgra Foods is now the Heartland of America Park.

Omaha's boulevard system was designed to be part of the parks system in 1889 by renowned landscape architect Horace Cleveland. The Omaha Park and Boulevard System was listed on the National Register of Historic Places in 2013. 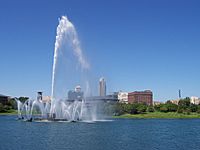 The fountain in Heartland of America Park, with the Omaha skyline behind 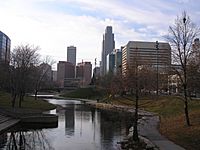 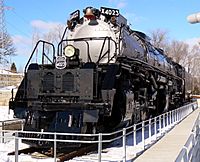 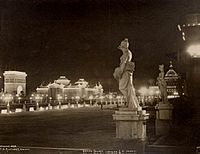 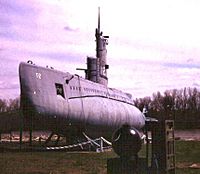 The USS Marlin at Freedom Park 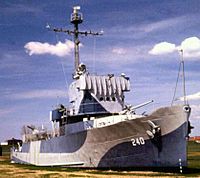 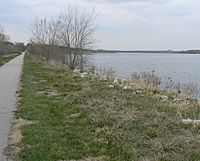 A trail at Wehrspann Lake in southwest Omaha 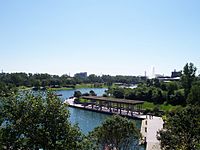 All content from Kiddle encyclopedia articles (including the article images and facts) can be freely used under Attribution-ShareAlike license, unless stated otherwise. Cite this article:
Lists of parks in Omaha, Nebraska Facts for Kids. Kiddle Encyclopedia.