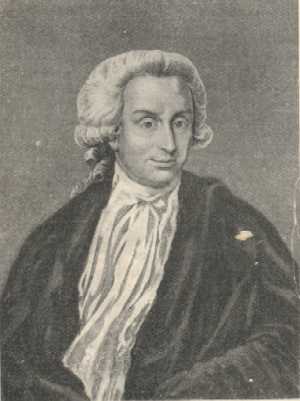 Luigi Galvani (September 9, 1737 – December 4, 1798) was an Italian physician who lived and died in Bologna (Italy). In 1771, he found out that the muscles of dead frogs twitched when hit by a spark. He was a pioneer in modern obstetrics, and discovered that muscle and nerve cells produce electricity. He is well known as the inventor of chemical cells.

Galvani invented batteries which is probably the most important thing which he has made. He also discovered that nerves and muscles produce electricity, and he was a very intelligent man in many different other ways.

This also links to the story of Frankenstein this story is based on a scientist giving life to a body made from different people's limbs by using the same procedure as Luigi Galvani, by sending an electrical current form lightening.

All content from Kiddle encyclopedia articles (including the article images and facts) can be freely used under Attribution-ShareAlike license, unless stated otherwise. Cite this article:
Luigi Galvani Facts for Kids. Kiddle Encyclopedia.