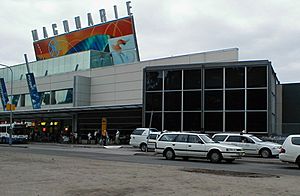 Entrance on Herring Road. Pictured in 2004. 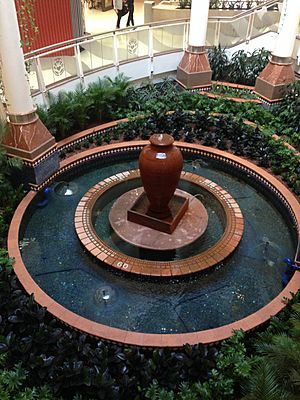 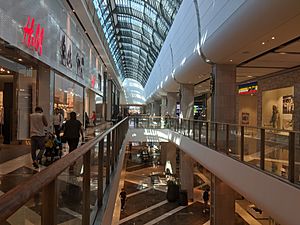 The expansion built in 2014

Macquarie Centre is a shopping centre in the suburb of Macquarie Park on the North Shore of Sydney and is located opposite the main campus of Macquarie University.

Macquarie Centre has bus connections to the Sydney CBD, North Shore and Northern Sydney, as well as local surrounding suburbs. It is served by Busways, Forest Coach Lines, Hillsbus, Transit Systems and Transdev. The majority of its bus services are located in Herring Road in front of the shopping centre's main entrance.

Macquarie Centre was built in 1981, and has seen many renovations since. A key renovation was in 2000 when the 'Escape' and 'Loft' areas were opened, which included a major facelift to the shopping centre's entrances, extra parking and new retail stores. These included Borders, Dick Smith Powerhouse, Freedom, new food outlets and an expansion of the Greater Union cinema complex, from 8 to 16 cinemas.

In late 2012, AMP Capital Shopping Centres began work on the $440 million redevelopment, adding an entire new wing to the existing centre. This was completed in October 2014, and consists of:

As a result, Macquarie Centre is now the largest shopping centre in New South Wales, is expected to reach $6 billion in spending by 2021, and can support trade for 337,770 people.

All content from Kiddle encyclopedia articles (including the article images and facts) can be freely used under Attribution-ShareAlike license, unless stated otherwise. Cite this article:
Macquarie Centre Facts for Kids. Kiddle Encyclopedia.