Sir Magdi Habib Yacoub OM FRS (Arabic: د/مجدى حبيب يعقوب [ˈmæɡdi ħæˈbiːb jæʕˈʔuːb]; born 16 November 1935), is an Egyptian retired professor of cardiothoracic surgery at Imperial College London, best known for his early work in repairing heart valves with surgeon Donald Ross, adapting the Ross procedure, where the diseased aortic valve is replaced with the person's own pulmonary valve, devising the arterial switch operation (ASO) in transposition of the great arteries, and establishing the heart transplantation centre at Harefield Hospital in 1980 with a heart transplant for Derrick Morris, who at the time of his death was Europe's longest-surviving heart transplant recipient. Yacoub subsequently performed the UK's first combined heart and lung transplant in 1983.

From 1986 to 2006, he held the position of British Heart Foundation Professor of Cardiothoracic Surgery at the National Heart and Lung Institute, Imperial College Faculty of Medicine. He is the founding editor of the journal Disease Models & Mechanisms.

His honours and awards include the Bradshaw Lecture from the Royal College of Physicians in 1988, a knighthood in the 1992 New Year Honours, the Texas Heart Institute's Ray C. Fish Award for Scientific Achievement in Cardiovascular Disease in 1998, the International Society for Heart and Lung Transplantation Lifetime Achievement Award in 2004, the European Society of Cardiology's gold medal in 2006, the Order of Merit in 2014, the Lister Medal from the Royal College of Surgeons in 2015 and the Khalaf Ahmad Al Habtoor Achievement Award (KAHAA) in 2019.

Following retirement from the National Health Service (NHS), he continued to operate on children through his charity, Chain of Hope. In 2008, he co-founded the Magdi Yacoub heart foundation, which launched the Aswan Heart project.

Magdi Habib Yacoub was born on the 16th of November in 1935 in Bilbeis, El Sharqia, Egypt to Coptic Christian family, and spent his childhood moving around a number of different small towns. His father was a surgeon, who later worked in public health. He died in 1958. Yacoub later recalled that both his father and the death of his youngest aunt at age 22 years from an uncorrected mitral stenosis during childbirth inspired him to study medicine and cardiology, saying that “this young woman would not have died if we had had access to facilities which were then available in a few centres around the world”.

At the age of 15, he entered the University of Cairo College of Medicine with a scholarship. 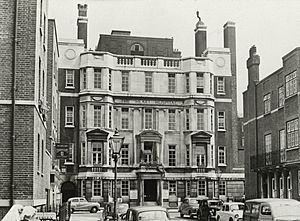 In 1957, Yacoub graduated in medicine from Cairo University and completed two years of residencies in surgery. In 1961 or 1962 he moved to Britain to study for his fellowship while working under Sir Russell Brock, consultant surgeon at Guy's Hospital. 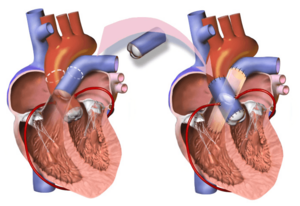 In 1964, he was appointed rotating surgical senior registrar to the National Heart and Chest Hospitals, where he worked with cardiothoracic surgeon Donald Ross. Here, they worked on repairing heart valves in people with severe valvular heart disease and heart failure. Four of their cases, operated on between December 1965 and October 1967, were reported on in the British Medical Journal (1968) in an article titled "Too ill for cardiac surgery?". Three had severe aortic valve disease and one had rheumatic heart disease with multiple affected valves. All four had a poor prognosis with death expected within a few days and all four survived surgery. He carried out a number of Ross procedures, where the diseased aortic valve is replaced with the person's own pulmonary valve, particularly in growing children. It became a popular alternative to the surgical treatment of aortic valve disease in young adults and avoided the need for anticoagulation and repeated operations. Yacoub modified the operation by planning remodelling of the autograft root, the Ross-Yacoub procedure, performed in carefully selected people. At a time when cardiologists may have been reluctant to refer for surgery, Yacoub's search for operable people earned him the name "Magdi's midnight stars".

Later, his application for a job at the Royal Brompton Hospital was turned down. In 1968, he moved to the United States and the following year he became Instructor and then Assistant Professor at the University of Chicago.

In 1973, he became a consultant cardiothoracic surgeon at Harefield Hospital, West London, opened in 1921 as a TB sanatorium of single storey pavilions typical for such a hospital. He later recalled that "I was tempted to stay in Chicago, as I was interested in the research they were doing there, but I had already accepted the position at Harefield before going to the US, so I was honour bound to return". At Harefield, he worked closely with Rosemary Radley-Smith, consultant in paediatric cardiology.

As a visiting professor to the University of Nigeria, Nsukka, Yacoub, Fabian Udekwu, C. H Anyanwu, and others formed part of the team that performed the first open heart surgery in Nigeria in 1974. 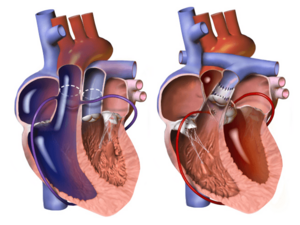 In 1977, he devised a two-stage approach for an arterial switch operation (ASO) in older people with transposition of the great arteries with an intact ventricular septum (IVS).

From 1986 to 2006, he held the position of British Heart Foundation Professor of Cardiothoracic Surgery at the National Heart and Lung Institute, Imperial College Faculty of Medicine. In 1988, he became a member of the Royal Colleges of Physicians, twenty years after qualifying in surgery.

He is the founding editor of the journal Disease Models & Mechanisms.

He treated a number of politicians and celebrities throughout his surgical career, including comedian Eric Morecambe in 1979, Greek Prime Minister Andreas Papandreou in 1988, and actor Omar Sharif in 1993.

He retired from the National Health Service in 2001 at the age of 65.

In 2006 he led a complex operation which required removing a transplant heart from a person whose own heart had recovered. The original heart had not been removed during transplant surgery nearly a decade earlier, in the hope it might recover.

In April 2007, it was reported that a British medical research team led by Yacoub had grown part of a human heart valve from stem cells.

In 1995, Yacoub founded the charity Of Ahmed Sherif "Chain of Hope", through which he continued to operate on children, and through which the provision of heart surgery for correctable heart defects are made possible in areas without specialist cardiac surgery units.

He is also the head of the Magdi Yacoub Global Heart Foundation, co-founded with Ahmed Zewail and Ambassador Mohamed Shaker in 2008, which launched the Aswan Heart project and founded the Aswan Heart Centre the following year. 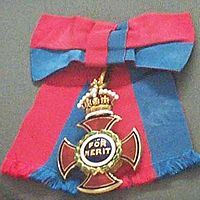 He is married to Marianne and they have three children and a number of grandchildren.

All content from Kiddle encyclopedia articles (including the article images and facts) can be freely used under Attribution-ShareAlike license, unless stated otherwise. Cite this article:
Magdi Yacoub Facts for Kids. Kiddle Encyclopedia.