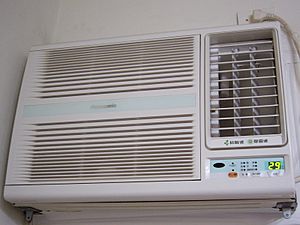 A major appliance, or domestic appliance, is a large machine in home appliance used for routine housekeeping tasks such as cooking, washing laundry, or food preservation. An appliance is different from a plumbing fixture because it uses electricity or fuel.

Major appliances differ from small appliances because they are bigger and not portable. They are often considered fixtures and part of real estate and as such they are often supplied to tenants as part of otherwise unfurnished rental properties. Major appliances may have special electrical connections, connections to gas supplies, or special plumbing and ventilation arrangements that may be permanently connected to the appliance. This limits where they can be placed in a home.

Many major appliances are made of enamel-coated sheet steel which, in the middle 20th century, was usually white. The term white goods in contrast to brown goods, is also used, primarily where British English is spoken, although definitions for the term "white goods" can differ.

In the United States, the term white goods can also refer to linens. In New Zealand "whiteware" may be used, elsewhere a term from pottery.

Since major appliances in a home consume a significant amount of energy, they have become the objectives of programs to improve their energy efficiency in many countries. Energy efficiency improvements may require changes in construction of the appliances, or improved control systems. 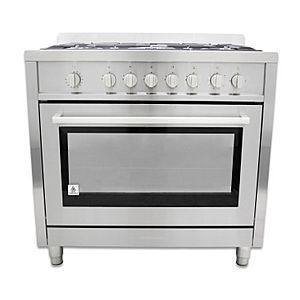 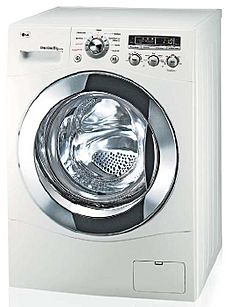 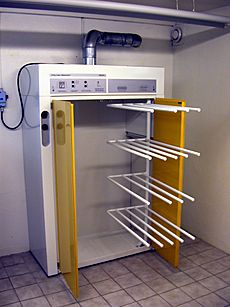 Major appliances may be roughly divided as follows:

All content from Kiddle encyclopedia articles (including the article images and facts) can be freely used under Attribution-ShareAlike license, unless stated otherwise. Cite this article:
Major appliance Facts for Kids. Kiddle Encyclopedia.