Marumsco is a census-designated place in Prince William County, Virginia. The population was 37,218 at the 2013 Census. It consists of the major portion of what was Woodbridge CDP up to 2000, including the subdivisions of Marumsco Village, Marumsco Hills, Marumsco Acres and Marumsco Woods. 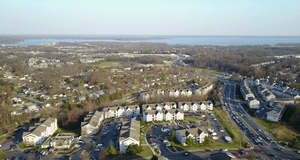 All content from Kiddle encyclopedia articles (including the article images and facts) can be freely used under Attribution-ShareAlike license, unless stated otherwise. Cite this article:
Marumsco, Virginia Facts for Kids. Kiddle Encyclopedia.