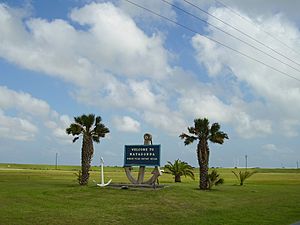 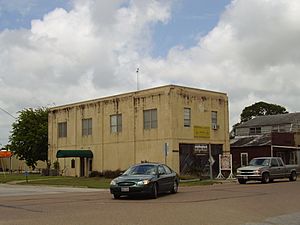 Matagorda () is a census-designated place in Matagorda County, located near the mouth of the Colorado River on the upper Texas coast in the United States. In 2010, its population was 503. Matagorda is primarily a tourist town, with commercial and recreational fishing being the top industries. About 23 miles (37 km) of beach are accessible by vehicle and 35 additional miles are accessible only by boat. Matagorda is at the end of State Highway 60 and beginning of Farm to Market Road 2031, which runs over the Intracoastal Waterway and south to the Gulf of Mexico.

Matagorda is the 3rd oldest town in Texas. It was established in 1827 when Stephen F. Austin obtained permission from the Mexican government to build a town to protect incoming settlers. Elias R. Wightman, who was one of Stephen F. Austin’s early surveyors, traveled to Matagorda in 1829 with 60 immigrant settlers.

There are 24 historical markers in the Township of Matagorda.

The most popular activity in Matagorda is visiting the beach. Matagorda is a fishing hot spot on the Texas coast. It provides access to both East and West Matagorda Bays, Matagorda Beach, and the Gulf of Mexico.

Matagorda is known as one of the best kayaking and kayak fishing destinations on the Texas coast due to miles of shallow marsh area only accessible by kayak. There are miles of designated paddling trails in the Matagorda area.

Matagorda County has been #1 in the nation since 1997 in the North American Audubon Christmas Bird Count with 234 different species spotted. Among the more impressive species which have been reported are the Prairie warbler, Common poorwill, Broad-winged hawk, MacGillivray's warbler, and Swainson's warbler.

All content from Kiddle encyclopedia articles (including the article images and facts) can be freely used under Attribution-ShareAlike license, unless stated otherwise. Cite this article:
Matagorda, Texas Facts for Kids. Kiddle Encyclopedia.