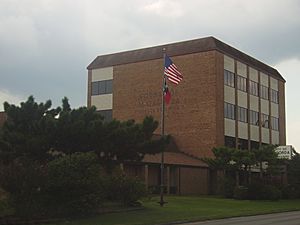 Matagorda County is a county located in the U.S. state of Texas. As of the 2010 census, the population was 36,702. Its county seat is Bay City, not to be confused with the larger Baytown in Harris and Chambers Counties. Matagorda County is named for the canebrakes that once grew along the coast (matagorda is a Spanish word meaning "thick bush"). 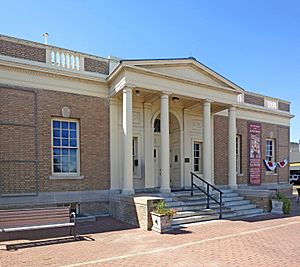 Matagorda County Museum in Bay City is located across from the Court House.

Rice is grown extensively in Matagorda County, as are St. Augustine and other turf grasses. In addition to a wealth of offshore oil rigs and natural gas extraction facilities all over the county, two petrochemical processing plants (Celanese and Equistar) and the South Texas Project nuclear power plant operate within the county. Matagorda County has secluded, extensive forests, wetlands, prairie, and coastal regions. The Gulf Coast floodplain has several conditions conducive to a variety of ecosystems and recreational activities evident by the highest count of migrating birds in the United States. Fishing (on- and offshore), hunting, and scuba diving are large parts of the recreation industry due to the Colorado River, the forests and Matagorda Bay. The Rio Colorado Golf Course and a birdwatching park are on the Colorado River near the State Highway 35 bridge, and a significant number of wildlife preserves are located around the county, a portion of which is land bought for that purpose by the two major petrochemical refineries and nuclear plant in the county.

All content from Kiddle encyclopedia articles (including the article images and facts) can be freely used under Attribution-ShareAlike license, unless stated otherwise. Cite this article:
Matagorda County, Texas Facts for Kids. Kiddle Encyclopedia.