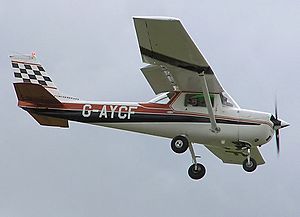 A Cessna 150, one of the more famous items Lotito ate over his lifetime.

Michel Lotito began eating unusual material as a teenager, at around 16 years of age, and he performed publicly beginning in 1966. He had an eating disorder known as pica, which is a psychological disorder characterized by an appetite for substances that are largely non-nutritive. Doctors determined that Lotito also had a thick lining in his stomach and intestines which allowed his consumption of sharp metal without suffering injury. Lotito also had digestive juices that were unusually powerful, meaning that he could digest the unusual materials. However, it also meant that soft foods, such as bananas and hard-boiled eggs, made him sick.

Lotito's performances involved the consumption of metal, glass, rubber and other materials. He disassembled, cut up, and consumed items such as bicycles, shopping carts, televisions, and a Cessna 150, among other items. The Cessna 150 took roughly two years to be "eaten", from 1978 to 1980.

Lotito claimed not to suffer ill effects from his consumption of substances typically considered poisonous. When performing, he ingested approximately 1 kilogram (2.2 lb) of material daily, preceding it with mineral oil and drinking considerable quantities of water during the meal. It is estimated that between 1959 and 1997, Lotito "had eaten nearly nine tons of metal."

Lotito's method for eating all of this metal was to break it into small pieces before attempting to eat it. He then drank mineral oil and continued to drink water while swallowing the metal bits. This acted as a lubricant to help the metal slide down his throat. Lotito had no problem "passing" his unusual diet.

Lotito holds the record for the 'strangest diet' in the Guinness Book of Records. He was awarded a brass plaque by the publishers to commemorate his abilities which he consumed as well.

Lotito died of natural causes on June 25, 2007, ten days after his 57th birthday. He is buried at Saint Roch Cemetery in Grenoble, his hometown.

All content from Kiddle encyclopedia articles (including the article images and facts) can be freely used under Attribution-ShareAlike license, unless stated otherwise. Cite this article:
Michel Lotito Facts for Kids. Kiddle Encyclopedia.