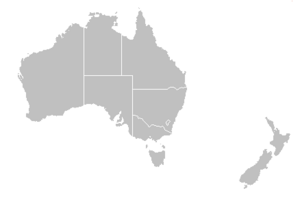 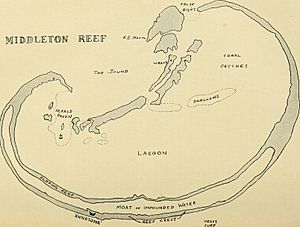 Middleton Reef is a coral reef in the Coral Sea. It is separated by a deep oceanic pass some 45 km wide from nearby Elizabeth Reef, forming part of the Lord Howe Rise underwater plateau. It is around 220 km from Lord Howe Island and 555 km from the coast of New South Wales. In 1997 the Environment, Sport and Territories Legislation Amendment Bill 1996 included the reef in Australia's Coral Sea Islands Territory.

It is among the southernmost platform reefs in the world. Despite its relatively high latitude, there is a wide variety of flora and fauna on the reef and in the surrounding waters, due to converging tropical and temperate ocean currents.

The reefs form the Elizabeth and Middleton Reefs Marine National Park Reserve managed by the Government of Australia under the Natural Heritage Trust. 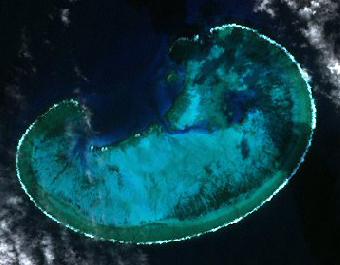 Surveys by the Australian Institute of Marine Science have highlighted healthy numbers of black cod Epinephelus daemelii, a threatened species in NSW waters. The survey in 2003 highlighted 111 species of coral and identified 181 species of fish. The number of recorded fish species is 311 across several surveys. High numbers of Galapagos sharks Carcharhinus galapagensis were observed at Elizabeth Reef, and may indicate that the reef is a nursery. Sea cucumber (black teatfish), Holothuria whitmaei, were also found in high numbers at Elizabeth Reef. While the 2003 survey found only small numbers of crown-of-thorns starfish, a survey in 2005 indicated that that species is now active.

Along with Elizabeth Reef, the reef has been the site of numerous shipwrecks. According to the National Shipwrecks Database the ships stranded include: Middleton Reef: Agnes Napier, Annasona, Blue Jacket, Britannia, Defender, Maelgwyn, Mallsgate, Mary Lawson, Queen of the East, Stuart Russel, Runic, Fuku Maru no 7. Britannia is listed for both Elizabeth and Middleton Reefs. The yacht Sospan Fach was wrecked on Middleton Reef in 1974 and its crew of four was rescued after being stranded for six weeks, during which they lived on the wreck of the Fuku Maru.

Britannia is listed for both Elizabeth and Middleton Reefs.

All content from Kiddle encyclopedia articles (including the article images and facts) can be freely used under Attribution-ShareAlike license, unless stated otherwise. Cite this article:
Middleton Reef Facts for Kids. Kiddle Encyclopedia.