Milton Snavely Hershey (September 13, 1857 – October 13, 1945) was an American confectioner, philanthropist, and the founder of the Hershey's candy company.

Hershey was born on September 13, 1857 in Derry Township, Pennsylvania.

In 1887, Hershey created the Lancaster Caramel Company. He created many kinds of caramels. He began experimenting with chocolates at the Chicago World's Fair.

On March 2, 1903, he began construction on what was to become the world’s largest chocolate manufacturing company, only he didn't know that it would become a large company. In 1935, Hershey established the M.S. Hershey Foundation, a private charitable foundation that provides educational and cultural opportunities for Hershey residents.

Hershey was married to Catherine Sweeney from 1898 until her death in 1915. In 1912 Hershey was supposed to go on the RMS Titanic, but business concerns forced him to take an earlier ship from Europe to the United States. Sweeney died three years later.

Hershey died on October 13, 1945 from natural causes in Hershey, Pennsylvania, a town named after him, aged 88 years old.

Hershey started a school for orphaned children. He gave the Hershey Trust to that school. He made a town for his workers. Unlike other worker towns, it was comfortable and not expensive. Among many of the places he built for his workers to go to in their free time, Hershey built the Hershey Park, now a popular amusement park. Hershey was among the first to use the idea of Taylorism, after Frederick Winslow Taylor. Taylorism is the idea that workers who do more should earn more. 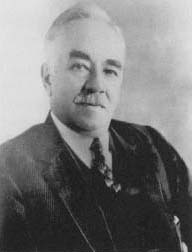 Hershey returned to Lancaster in 1883. He borrowed money from the bank to start the Lancaster Caramel Company, which quickly became an outstanding success. He used the caramel recipe he had obtained during his previous travels to make candies. Also, from his previous travels, he learned that caramels sell better in bulk, so that is what he did. This company soon became a success when a man from England visited Lancaster. He loved Hershey's candies once he tasted them and placed a big order to be delivered to Britain. Hershey was able to pay off the debt from the bank and had some money left over to buy more ingredients and equipment.

Using the proceeds from the 1900 sale of the Lancaster Caramel Company, Hershey initially acquired farm land roughly 30 miles (50 km) northwest of Lancaster, near his birthplace of Derry Township. There, he could obtain the large supplies of fresh milk needed to perfect and produce fine milk chocolate. Excited by the potential of milk chocolate, which at that time was a luxury product, Hershey was determined to develop a formula for milk chocolate and market and sell it to the American public. Through trial and error, he created his own formula for milk chocolate. The first Hershey bar was produced in 1900. Hershey's Kisses were developed in 1907, and the Hershey's Bar with almonds was introduced in 1908.

On March 2, 1903, he began construction on what was to become the world’s largest chocolate manufacturing company. The facility, completed in 1905, was designed to manufacture chocolate using the latest mass production techniques. Hershey’s milk chocolate quickly became the first nationally marketed product of its kind.

The factory was in the center of a dairy farmland, but with Hershey’s support, houses, businesses, churches and a transportation infrastructure created around the plant. Because the land was surrounded by dairy farms, Hershey was able to use fresh milk to mass-produce quality milk chocolate. Hershey continued to experiment and perfect the process of making milk chocolate using the techniques he had first learned for adding milk to make caramels when he had moved to Drexel Hill.

All content from Kiddle encyclopedia articles (including the article images and facts) can be freely used under Attribution-ShareAlike license, unless stated otherwise. Cite this article:
Milton S. Hershey Facts for Kids. Kiddle Encyclopedia.