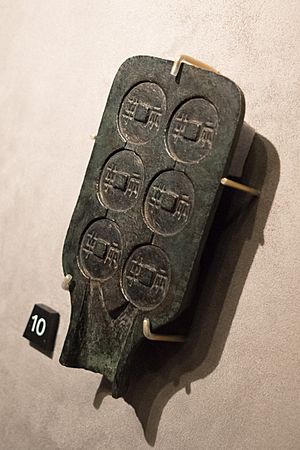 A mold for making coins, found at an excavation in China. 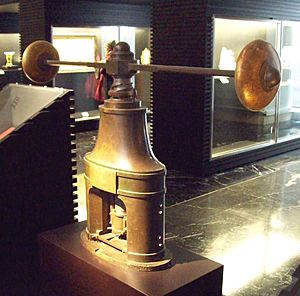 A mint is an industrial facility which makes coins that can be used in currency.

In coin collecting, the term "mint condition" means the coin has never been used ("in circulation"), just like it came out of the mint where it was made.

The earliest metallic money did not consist of coins, but of unminted metal in the form of rings and other ornaments or of weapons. These were used for thousands of years by the Egyptian, Chaldean and Assyrian empires.

The first mint was perhaps in Lydia in the 7th century BC, for coining gold, silver and electrum. The Lydian innovation spread to neighboring Greece, where several city-states operated their own mints. Some of the earliest Greek mints were in city-states on Greek islands such as Crete. A mint existed at the ancient city of Cydonia on Crete at least as early as the fifth century BC. 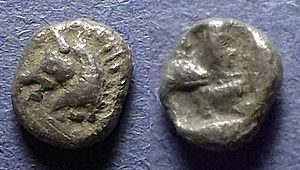 All content from Kiddle encyclopedia articles (including the article images and facts) can be freely used under Attribution-ShareAlike license, unless stated otherwise. Cite this article:
Mint (money) Facts for Kids. Kiddle Encyclopedia.