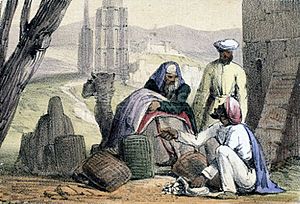 Cowry shells being used as money by an Arab trader 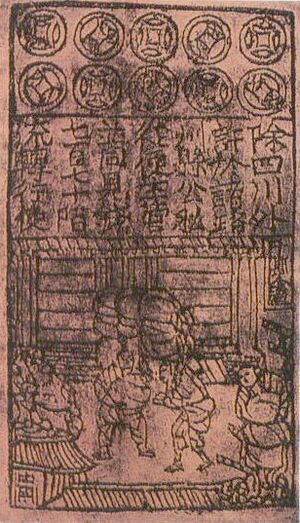 Currency is the creation of a circulating medium of exchange based on a store of value. Currency evolved from two basic innovations: the use of counters to assure that shipments arrived with the same goods that were shipped, and the use of silver ingots to represent stored value in the form of grain. Both of these developments had occurred by 2000 BC. This first stage of currency, where metals were used to represent stored value, formed the basis of trade in for over 1500 years.

These factors led to the shift of the store of value being the metal itself: at first silver, then both silver and gold. Metals were mined, weighed, and stamped into coins. This was to assure the individual taking the coin that he was getting a certain known weight of precious metal. Coins could be counterfeited, but they also created a new unit of account, which helped lead to banking.

In most major economies using coinage, copper, silver and gold formed three tiers of coins. Gold coins were used for large purchases, payment of the military and backing of state activities. Silver coins were used for large, but common, transactions, and as a unit of account for taxes, dues, contracts and fealty, while copper coins represented the coinage of common transaction. 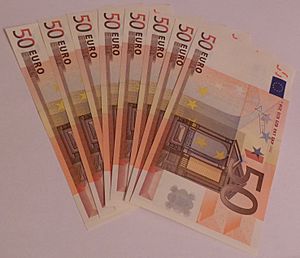 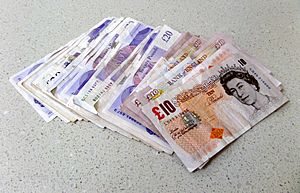 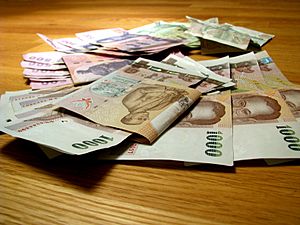 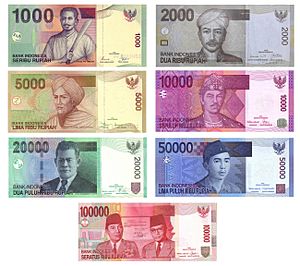 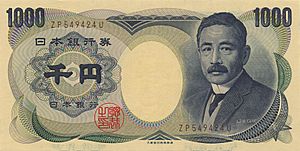 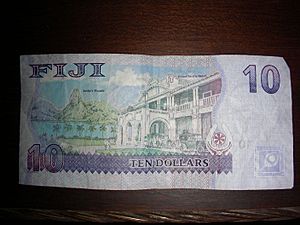 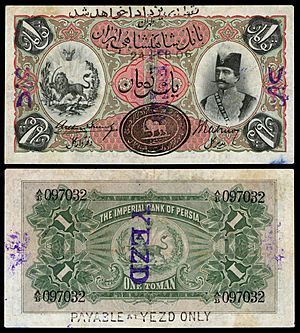 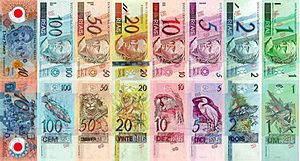 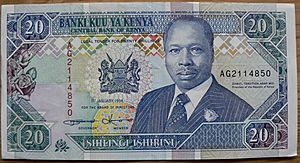 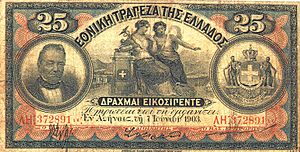 Some well-known currencies are:

Currency names of the world, in order of the first letter, by currency name:

All content from Kiddle encyclopedia articles (including the article images and facts) can be freely used under Attribution-ShareAlike license, unless stated otherwise. Cite this article:
Currency Facts for Kids. Kiddle Encyclopedia.