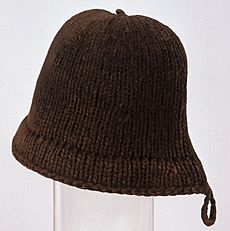 The only known example of an original Monmouth cap, dating from the 16th century on display at the museum. 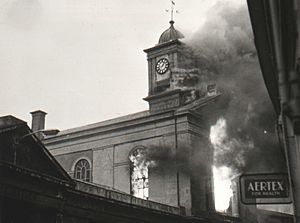 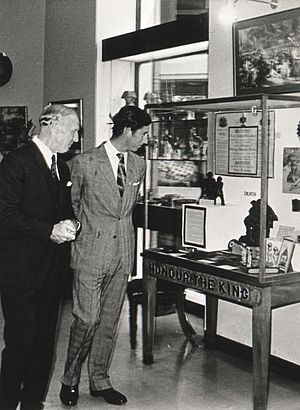 Keith Kissack with Prince Charles in the Museum, 1975. 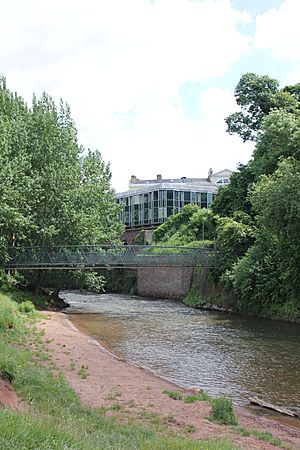 View of Monmouth Museum from Vauxhall Fields, including the River Monnow

The Monmouth Museum, alternatively known as The Nelson Museum and Local History Centre, is a museum in Monmouth, Monmouthshire, south east Wales. It features a collection of artifacts associated with Admiral Horatio Nelson. The museum is located in the old Market Hall in the town centre in Monmouth, a short distance from the River Monnow, Monmouth Castle and Agincourt Square.

The Nelson collection was a bequest to the town of Monmouth upon the 1923 death of Lady Georgiana Llangattock, wife of local landowner and town benefactor, John Rolls, 1st Baron Llangattock and mother of Charles Rolls, who had amassed the collection of Nelson memorabilia during the late nineteenth and early twentieth centuries. In the late nineteenth century, Lady Llangattock donated a gymnasium in Glendower Street to the town of Monmouth. After her death, the gymnasium reopened as the Nelson Museum in 1924. The museum moved to new quarters in 1969; the building which initially housed it is known as the Nelson Rooms. The collection includes Nelson's naval officers fighting sword (and those of the surrendered French and Spanish naval commanders at Trafalgar), letters from Nelson both to his wife and to Lady Hamilton and various items commemorating Nelson's victories, his Royal Navy career and his visit, with the Hamiltons, to Monmouth town, The Kymin and South Wales. Also on display are commemorative silverware, prints, paintings, glassware, pottery and models of the Battle of Trafalgar. Among the items from Nelson's visit is the table used when he dined at the Kymin Round House.

The collection also comprises some Nelson fakes, including a glass eye purported to be his, even though he had lost his sight, not the eyeball itself; it is a surgeon's teaching model. The museum also holds items relating to Monmouth town's history and archaeology, and an archive relating to Charles Rolls and his family. One notable example of this is the only known example of an original Monmouth Cap, dating from the 16th century.

The museum opened in 1924, in the gymnasium in Glendower Street which the Llangattock family donated to mark the coming of age of John Maclean Rolls in 1891, now the Nelson Rooms. It moved to its current location in 1969 after the Market Hall had been completely refurbished and redesigned. The entire central part of the Market Hall building had been destroyed by a fire in 1963.

All content from Kiddle encyclopedia articles (including the article images and facts) can be freely used under Attribution-ShareAlike license, unless stated otherwise. Cite this article:
Monmouth Museum Facts for Kids. Kiddle Encyclopedia.