Mount Eden was an unincorporated agricultural district in Eden Township, Alameda County, California, United States of America. It has been annexed by the City of Hayward It lies at an elevation of 43 feet (13 m). 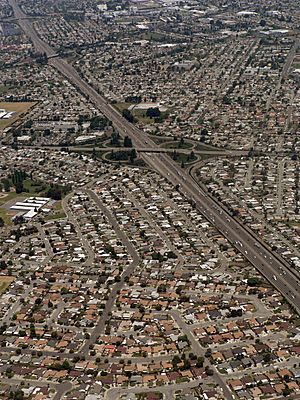 Mount Eden was founded in 1850 by a group of farmers from Mount Eden, Kentucky, drawn to California by the Gold Rush. The party disbanded upon reaching the San Francisco Bay, but a few settled at a road crossing where they nailed a sign "Mt. Eden" to two trees, and the name stuck. A post office opened in 1860 and was in continuous operation until 1953.

A thriving economic community developed around the site, ranging from the shores of San Francisco Bay eastward to Telegraph Road (now Hesperian Blvd.). Mount Eden included many farms as well as trans-bay shipping and salt-harvesting industries. The population of Mount Eden grew with significant immigration from northern Germany and Denmark. The salt companies gradually consolidated, and after the demise of the Oliver Salt Company in 1931 only the Leslie Salt Company remained. Trans-bay shipping suffered from increasing competition from roads and railroads.

The historic center of Mount Eden, now a freeway interchange, was around Telegraph Road, now Hesperian Boulevard, between Depot Road and Jackson Street. Most of Mt. Eden was annexed by the City of Hayward in the late 1950s. The Mt. Eden post office, however, continued to be used until 1984, when it was decommissioned by the U. S. Postal Service. Between 2003 and 2009 several unincorporated "islands", remaining from the earlier annexation, became part of the City of Hayward.

The name "Mount Eden" survives in the names of some local institutions: Mount Eden High School and Mount Eden Cemetery.

All content from Kiddle encyclopedia articles (including the article images and facts) can be freely used under Attribution-ShareAlike license, unless stated otherwise. Cite this article:
Mount Eden, California Facts for Kids. Kiddle Encyclopedia.