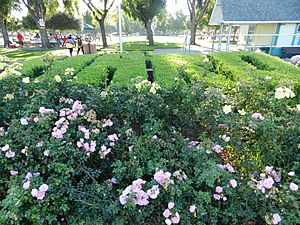 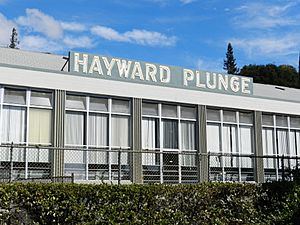 The Hayward Area Recreation and Park District (H.A.R.D.) is the park management agency for most of the parks in the city of Hayward, California. It was created in 1944 and is an independent special district under California law. H.A.R.D. is the largest recreation district in California. It also manages parks in the bordering unincorporated communities of Castro Valley, San Lorenzo, Fairview, Ashland and Cherryland. It manages the park grounds for numerous schools in the region. Events and classes are scheduled and listed in a quarterly brochure. The parks 2010-2011 budget was $24,383,637. 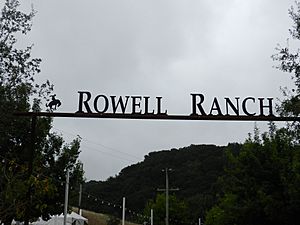 This is a list of parks managed by H.A.R.D., by city or unincorporated community, with indications of significant park features beyond picnic and open areas, parking, ball courts, restrooms, etc.

73 parks are operated in Hayward:

Three parks are operated in Ashland:

Four parks are operated in Cherryland:

Four parks are operated in Fairview:

H.A.R.D. has partnered with the Hayward Area Historical Society to restore the Meek Mansion, and to manage the open space portions of the site. The Hayward Area Shoreline Planning Agency, created in 1970, is a joint project of H.A.R.D., the East Bay Regional Parks District and the city of Hayward to protect shoreline resources from San Lorenzo Creek to New Alameda Creek on the border of Hayward and Fremont.

Hayward parks not managed by HARD

Julio Bras Portuguese Centennial Park and Newman Park in downtown Hayward are not managed by HARD. 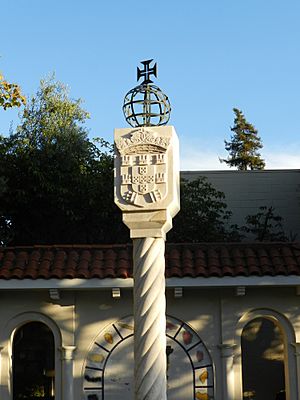 Column at Julio Bras Park, not managed by HARD

All content from Kiddle encyclopedia articles (including the article images and facts) can be freely used under Attribution-ShareAlike license, unless stated otherwise. Cite this article:
Hayward Area Recreation and Park District Facts for Kids. Kiddle Encyclopedia.