Mr. Noodle and his siblings – Mister Noodle, Ms. Noodle, and Miss Noodle – are characters who appear in the "Elmo's World" segments during the educational children's television program Sesame Street. Mr. Noodle was played by Broadway actor Bill Irwin, who had previously worked with Arlene Sherman, executive producer of Sesame Street and co-creator of "Elmo's World", in short films for the program. 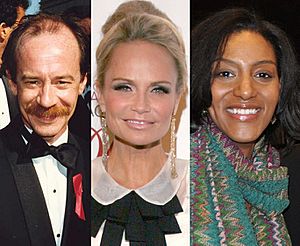 Writer Louise A. Gikow calls the Noodles "a dynasty of mimes,...in the tradition of great silent film comedians like Charlie Chaplin, Buster Keaton, and Harold Lloyd". They made mistakes, but solved them with the help of "enthusiastic kid voice overs", which empowered children and helped them feel smarter than the adults.

They were silent in order to allow Elmo to do all the talking and to give children the opportunity to respond to what they saw on the screen. They would physically and humorously act out their replies to Elmo's questions.

According to writer and "Elmo's World" co-creator Judy Freudberg, "Mr. Noodle, who never speaks, is all about trial and error. When you throw him a hat, he acts like he's never seen one before. Kids feel empowered watching him because they can do what he can't". According to Sesame Street researcher Lewis Bernstein, the characters, whom he called "bungling", gave young viewers "the opportunity to figure it out" before the adults did.

All content from Kiddle encyclopedia articles (including the article images and facts) can be freely used under Attribution-ShareAlike license, unless stated otherwise. Cite this article:
Mr. Noodle Facts for Kids. Kiddle Encyclopedia.