Elmo's World is a five-minute-long segment shown at the end of the American children's television program Sesame Street. It premiered on November 28, 1997, as part of the show's structural change and originally ran fifteen minutes at the end of each episode until 2009, but was then rebooted in 2017. It was designed to appeal to younger viewers and to increase ratings, which had fallen in the past decade. The segment is presented from the perspective of a three-year-old child as represented by its host, the Muppet Elmo, performed by Kevin Clash in the original series and Ryan Dillon in the 2017 reboot.

The segment was developed out of a series of workshops that studied the changes in the viewing habits of their audience, and the reasons for the show's lower ratings. Elmo's World used traditional elements of production, but had a more sustained narrative. In 2002, Sesame Street's producers changed the rest of the show to reflect its younger demographic and the increase in their viewers' sophistication.

Long-time writer Judy Freudberg came up with the concept of Elmo's World, and writer Tony Geiss and executive producer Arlene Sherman helped develop it. Instead of the realism of the rest of the show, the segment presented Elmo moving between and combining two worlds of live action and computer-generated animation, which looked like "a child's squiggly crayon drawing come to life" created by the host, and with "a stream-of-consciousness feel to it". Elmo's pet goldfish Dorothy and the members of the Noodle family were silent in order to allow Elmo to do all the talking, and to give children the opportunity to respond to what they saw on the screen. A brief clip from Elmo's World appears in Sesame Street's 2002-2006 intro.

By the early 1990s, Sesame Street had been on the air for over 20 years and was, as author Michael Davis put it, "the undisputed heavyweight champion of preschool television". The show's dominance began to be challenged throughout the decade by other television shows for preschoolers such as Barney & Friends and Blue's Clues, by the growth of the children's home video industry, and by the increase of thirty-minute children's shows on cable. Sesame Street's ratings declined, so the Children's Television Workshop (CTW) (now Sesame Workshop), the organization responsible for putting the show on the air, responded by researching the reasons for their lower ratings.

For the first time since the show debuted, the producers and a team of researchers analyzed Sesame Street's content and structure, and studied how children's viewing habits had changed. The analysis was conducted during a series of two-week-long workshops and was completed in time for the show's 30th anniversary in 1999. The CTW found that although the show was produced for children between the ages of three and five, their viewers had become more sophisticated since its debut and began to watch the show sooner, as early as ten months of age. The producers found that the show's original format, which consisted of a series of short clips similar to the structure of a magazine, was not necessarily the most effective way to hold young viewers' attention. They also found that their viewers, especially the younger ones, lost attention with Sesame Street after 40 to 45 minutes.

The first way the CTW addressed the issues brought up by their research was by lowering the target age for Sesame Street, from four years to three years. In late 1998, they created a new 15-minute segment entitled Elmo's World, hosted by the Muppet Elmo, that was shown at the end of each episode. The segment used traditional elements (animation, Muppets, music, and live-action film), but had a more sustained narrative. Elmo's World followed the same structure each episode, and depended heavily on repetition. It focused on child-centered topics such as balls and dancing, from the perspective of a three-year-old child, and was "designed to foster exploration, imagination, and curiosity". Instead of an adult providing narration, Elmo led the child through the action.

In 2002, Sesame Street's producers went further in changing the show to reflect its younger demographic and increase in their viewers' sophistication. They decided, after the show's 33rd season, to expand upon the Elmo's World concept by, as San Francisco Chronicle TV critic Tim Goodman called it, "deconstructing" the show. They changed the structure of the entire show to a more narrative format, making the show easier for young children to navigate. Arlene Sherman, a co-executive producer for 25 years and one of the creators of Elmo's World, called the show's new look "startlingly different". 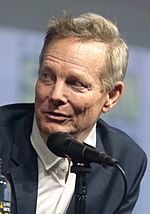 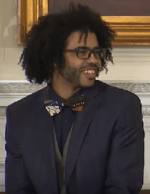 The Muppet Elmo, who represented the three- to four-year-old child, was chosen as host of Elmo's World because he had always tested well with Sesame Street's younger viewers. Elmo was created in 1979 and was performed by various puppeteers, including Richard Hunt, but did not become what his eventual portrayer Kevin Clash called a "phenomenon" until Clash took over the role in 1983. Elmo became, as writer Michael Davis reported, "the embodiment" of Sesame Street, and "the marketing wonder of our age" when five million "Tickle Me Elmo" dolls were sold in 1996. Clash believed the "Tickle Me Elmo" phenomenon made Elmo a household name and led to the Elmo's World segment. Clash called Elmo's World "a colorful, lively celebration of creativity" and "one of the most imaginative endeavors I've ever been involved in". He stated that the segment provided him with new challenges and opportunities for "creative risk-taking".

According to Clash and Gikow, Elmo's pet goldfish Dorothy and the members of the Noodle family were silent in order to allow Elmo to do all the talking, and to give children the opportunity to respond to what they saw on the screen. Dorothy's silence allowed children to fill in the blanks, and her curiosity, which was created and enhanced by Elmo's imagination, allowed the writers and researchers to insert the curriculum lessons they want to convey. Up to nine goldfish were used per episode, so they could be replaced when necessary. Several fish were needed each season, and the surviving Dorothys were given good homes afterwards.

Mr. Noodle was played by Broadway actor Bill Irwin, who had previously worked with Sherman in short films for Sesame Street. When he became unavailable, Sherman asked her friend Michael Jeter to replace Irwin as Mr. Noodle's brother Mr. Noodle. Jeter was in the role beginning in 2000, until his death in 2003. Kristin Chenoweth played Mr. Noodle's sister Ms. Noodle, and Sarah Jones played Mr. Noodle's other sister Miss Noodle. As of January 2017, Daveed Diggs and comedian Daniel Koren, have played two more of Mr. Noodle's brothers. According to Freudberg, "Mr. Noodle, who never speaks, is all about trial and error. When you throw him a hat, he acts like he's never seen one before. Kids feel empowered watching him because they can do what he can't."

All content from Kiddle encyclopedia articles (including the article images and facts) can be freely used under Attribution-ShareAlike license, unless stated otherwise. Cite this article:
Elmo's World Facts for Kids. Kiddle Encyclopedia.