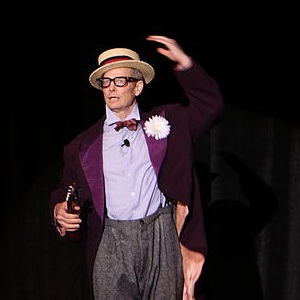 Bill Irwin (born April 11, 1950) is an American stand-up comedian, actor and voice artist. He is best known for his work as Mr. Noodle in Sesame Street. He also appeared in the television series Northern Exposure and the M. Night Shyamalan movie Lady in the Water.

All content from Kiddle encyclopedia articles (including the article images and facts) can be freely used under Attribution-ShareAlike license, unless stated otherwise. Cite this article:
Bill Irwin Facts for Kids. Kiddle Encyclopedia.