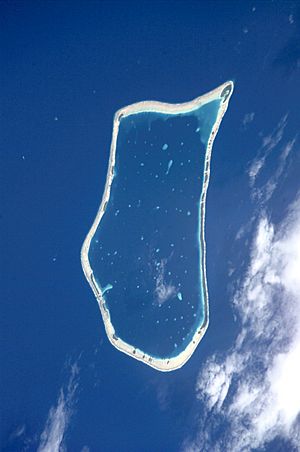 Nukunonu is the largest atoll within Tokelau, a dependency of New Zealand, in the south Pacific Ocean. It comprises 30 islets surrounding a central lagoon, with about 5.5 km2 (2.1 sq mi) of land area and a lagoon surface area of 109 km2 (42 sq mi). Motuhaga is the only islet that has inhabitants. The estimated population is 80-120. 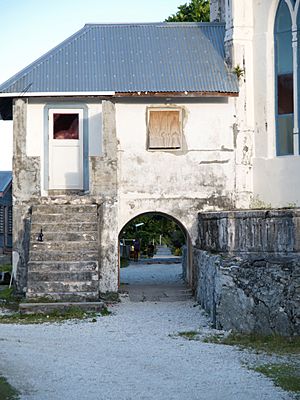 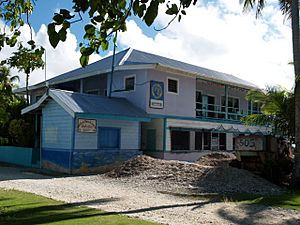 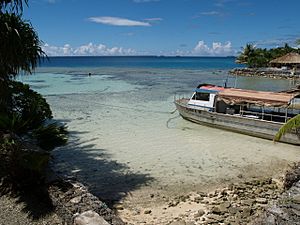 The first European vessel known to have come upon Nukunonu was the Royal Navy ship HMS Pandora, in 1791, whose captain, Edward Edwards, named Duke of Clarence Island in honor of Prince William, Duke of Clarence and St Andrews (1765-1837), the third son of King George III and later king himself, as William IV. At the time, the Pandora was searching for mutineers from HMS Bounty. During the early 19th century, Nukunonu's inhabitants were converted to Roman Catholicism by Samoan missionaries.

Between 1856 and 1979, the United States claimed that it held sovereignty over the island and the other Tokelauan atolls. In 1979, the U.S. conceded that Tokelau was under New Zealand sovereignty, and a maritime boundary between Tokelau and American Samoa was established by the Treaty of Tokehega.

The main settlement on the atoll is located on Nukunonu Island at the southwestern edge of the lagoon with a concrete bridge joining the two areas of settlement. The island's residents depend upon coconuts, pandanus, and marine life for subsistence. Fresh water is scarce; concrete water tanks are incorporated into the bases of newly built houses to collect rainwater from the roofs. Shipping is hampered by the lack of an adequate anchorage. Satellite TV dishes are beginning to appear on some houses in the village.

Tokelau has one hotel, the Luana Liki Hotel, and one resort, Falefa Resort, both situated on Nukunonu. Few tourists visit the country and tourism is not widely promoted. There is ambivalence about tourism, with some Tokelauans wanting to keep the country unaffected by the outside world. Despite this, visitors are greeted with traditional Polynesian hospitality. The Luana Liki Hotel functions mainly to accommodate official visitors, which have included the New Zealand Prime Minister and Governor General. There is one main shop in Nukunonu which sells a limited range of products. Due to the vagaries of shipping schedules, it is at times short of goods.

Local administration consists of a Taupulega (Council of Elders), made up of heads of family groups and two elected members. According to the 2006 census 426 people live on Nukunonu, of which more than 95% belong to the Catholic Church.

Some 60 ha of the eastern side of the atoll has been designated an Important Bird Area (IBA) by BirdLife International because the site supports breeding colonies of brown and black noddiess and common white terns, with about 20,000 breeding pairs estimated in 2011.

All content from Kiddle encyclopedia articles (including the article images and facts) can be freely used under Attribution-ShareAlike license, unless stated otherwise. Cite this article:
Nukunonu Facts for Kids. Kiddle Encyclopedia.