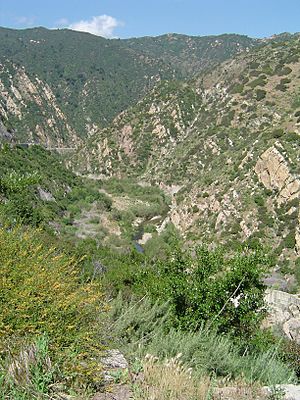 The Pacific Coast Ranges are officially called the Pacific Mountain System in the United States. However, our title is what people use most.

They are the mountain ranges which stretch along the West Coast of North America from Alaska south to Central Mexico.

All content from Kiddle encyclopedia articles (including the article images and facts) can be freely used under Attribution-ShareAlike license, unless stated otherwise. Cite this article:
Pacific Coast Ranges Facts for Kids. Kiddle Encyclopedia.