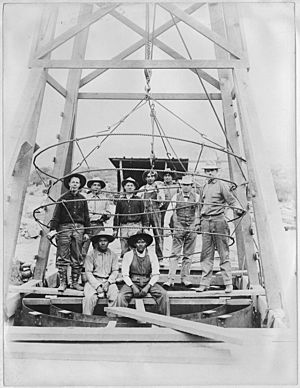 The Pala Indian Reservation is located in the middle San Luis Rey River Valley in northern San Diego County, California, east of the community of Fallbrook, and has been assigned feature ID 272502.

The reservation has a land area of 52.163 km² (20.140 sq mi) and reported an official resident population of 1,573 persons in the 2000 census, about 44 percent of whom were of solely Native American heritage. Robert H. Smith is the Tribal Chairman.

The reservation occupies parts of four 7.5 minute topographic maps: Boucher Hill, Pala, Pechanga, and Vail Lake, California. The area consists of an area in and around Pala, California. The enrolled tribal members descend from two Indian groups: a band of the Luiseño tribe, and the Cupeño Indians, who were historically one of the smallest tribes in California. Their name for themselves was Kuupangaxwichem.The reservation also hosts a radio station, Pala Rez Radio 91.3 FM.

During the mission period of Spanish colonial times, Pala was the site of San Antonio de Pala Asistencia, an asistencia – an arm of the Catholic Mission San Luis Rey de Francia, downstream toward the coast. The grounds of the former asistencia include a historic cemetery.

The tribe federally recognized. The Cupeño people were evicted in 1901 from their ancestral homeland, called Kupa, on what is now called Warner's Ranch east of Pala. This event is referred to by the tribe as the "Cupeño Trail of Tears." The Cupeño were removed to a tract of land in the Pala Valley adjacent to the Pala Luiseño reservation that already existed there in May 1903. That tract of land was purchased pursuant to the express direction of Congress for "such Mission Indians heretofore residing or belonging to the Rancho San Jose del Valle, or Warners Ranch, in San Diego County, California, and such other Mission Indians as may not be provided with suitable lands elsewhere, as the Secretary of the Interior may see fit to locate thereon." The tract of land had no form of infrastructure, so the Cupeño had to sleep in the open fields. In addition, their Chinigchinich religious ties to their previous land holdings were denied to them, which hindered their spirituality. They have not been able to regain their previous homeland, Kupa.

All content from Kiddle encyclopedia articles (including the article images and facts) can be freely used under Attribution-ShareAlike license, unless stated otherwise. Cite this article:
Pala Indian Reservation Facts for Kids. Kiddle Encyclopedia.