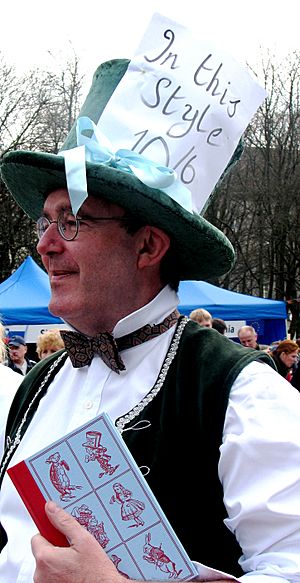 Peter Leslie Carter (19 November 1956 – 2 September 2014) was a British diplomat. He served as the British Deputy High Commissioner to Nigeria from 2012 until his death in 2014. He was also Her Britannic Majesty's Ambassador to Estonia from 2007 until 2012. He had also served in India, Italy and Israel.

Carter was born in London. He studied at The Skinners' School in Tunbridge Wells, Kent, and attended New College, Oxford, where he studied Modern Languages.

Carter died from a heart attack on 2 September 2014 in Lagos, Nigeria. He was 57. He had just landed at Murtala Muhammed International Airport, Lagos from Houston, Texas in the United States.

All content from Kiddle encyclopedia articles (including the article images and facts) can be freely used under Attribution-ShareAlike license, unless stated otherwise. Cite this article:
Peter Carter (diplomat) Facts for Kids. Kiddle Encyclopedia.