Province of Asti facts for kids 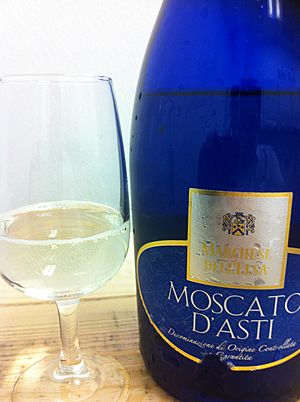 The Province of Asti was re-established on 1 April 1935 by Royal Decree No. 297 of King Victor Emmanuel III. It was detached from the existing Province of Alessandria into which it had been absorbed upon the creation of that province in 1859.

The Province of Asti is among the institutions awarded the Gold Medal for Military Valor (Medaglia d'Oro al Valor Militare) for its contribution to the partisan struggle during the last two years of the Second World War.

There are 118 municipalities (comuni, singular: comune) in the province. the largest by population are: 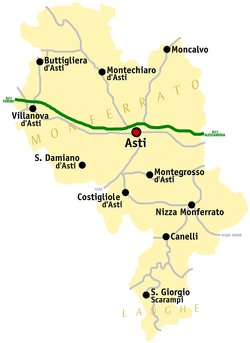 All content from Kiddle encyclopedia articles (including the article images and facts) can be freely used under Attribution-ShareAlike license, unless stated otherwise. Cite this article:
Province of Asti Facts for Kids. Kiddle Encyclopedia.