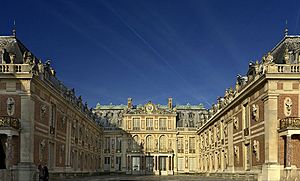 A royal court or noble court is a place where an important ruler such as a king, prince or duke live. The building is often called a palace, but the “royal court” means not just the buildings but all the royal household (all the people who live and work there.)