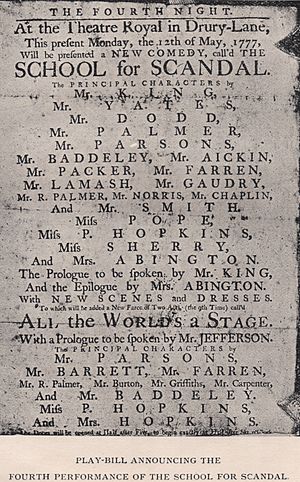 A scandal is a very public incident which involves a claim of wrong-doing, shame, or moral offence. A scandal may be about a real event, an untrue event (often called a false allegation) or a mixture of both. Something which is a scandal can be described as scandalous.

Scandals may be told by whistleblowers, who have access to secrets and allow them to go public. A well-known scandal was the Watergate scandal, in which US President Richard Nixon was found to be supporting and hiding illegal burglaries.

Untrue claims often lead to a loss of respect for that person, and can destroy their careers. Sometimes an attempt to cover up a scandal creates a bigger scandal when the cover-up does not succeed.

Sometimes there are scandals surrounding people who work for the president such as during the Grant administration. The Iran-Contra affair was also a known scandal that surrounded Ronald Reagan and his administration.

All content from Kiddle encyclopedia articles (including the article images and facts) can be freely used under Attribution-ShareAlike license, unless stated otherwise. Cite this article:
Scandal Facts for Kids. Kiddle Encyclopedia.