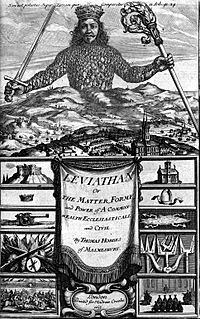 The original cover of Thomas Hobbes's work Leviathan (1651), in which he discusses the concept of the social contract theory 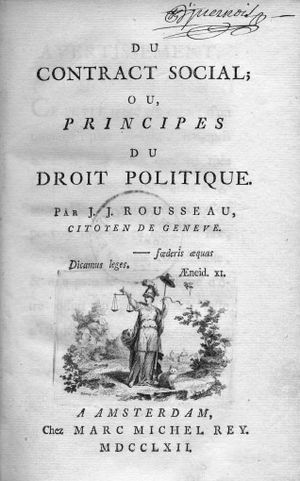 A social contract or political contract is a perceived agreement among the people of a state about the rules that will define their government. These rules are usually called laws. Laws help to make sure people have rights and that their rights are protected. One kind of social contract is a constitution. A constitution says how decisions are made, and sets limits on the powers of leaders and other people who have authority.

All content from Kiddle encyclopedia articles (including the article images and facts) can be freely used under Attribution-ShareAlike license, unless stated otherwise. Cite this article:
Social contract Facts for Kids. Kiddle Encyclopedia.