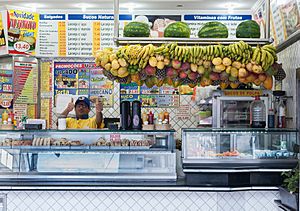 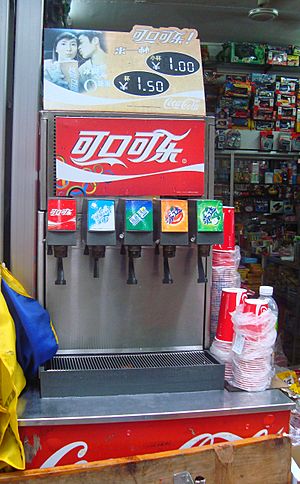 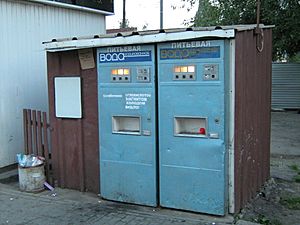 A soda fountain is a machine that produces carbonated soft drinks, known as fountain drinks. It does this by mixing a flavored syrup or a concentrate, with carbon dioxide and purified (usually chilled) water. The process can either be done manually, or it can be automated, by a vending machine. The first soda fountains appeared in the 18th century. They spread during the 19th century and were widely used by the early 20th century.

All content from Kiddle encyclopedia articles (including the article images and facts) can be freely used under Attribution-ShareAlike license, unless stated otherwise. Cite this article:
Soda fountain Facts for Kids. Kiddle Encyclopedia.