Song of Songs facts for kids 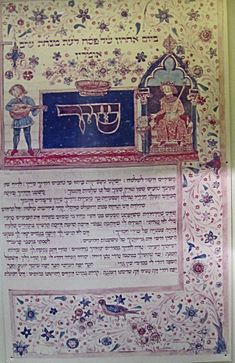 Verse 1 seems to show that the author is Solomon, since it says that it is "Solomon's Song of Songs", but this could also just mean a song for or about Solomon. So, who the author of Song of Songs was is still an often-discussed question.

If Solomon wrote it, it was probable that it was written in around the tenth century B.C. when Solomon was king. In fact, the mention of the cities of Tirzah and Jerusalem so close together (6:4) has been used to say that it was written before King Omri (885-874 B.C.), even though people still do not know exactly why Tirzah was talked about. However, many have also said that the language in the Song of Songs is proof of it being written much later.

Most people think that the similarity of language, style, tone (mood), perspective, and repeated words show that it was written by one author. But others who do not think the Song was written by one person, or even from one time or place, say that this was because all of the Song's parts came from the same literary tradition.

All content from Kiddle encyclopedia articles (including the article images and facts) can be freely used under Attribution-ShareAlike license, unless stated otherwise. Cite this article:
Song of Songs Facts for Kids. Kiddle Encyclopedia.