Spetsnaz is an umbrella term (used for many different things) for special forces in Russian language and is used in numerous post-Soviet states. 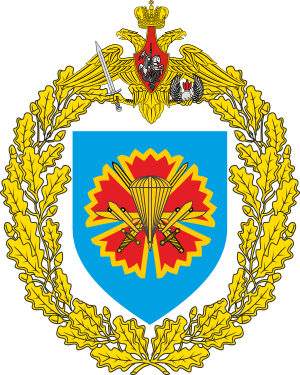 Historically, the term meant a special operations units controlled by the main military intelligence service GRU (Spetsnaz GRU). It also describes task forces of other ministries (such as the Ministry of Internal Affairs' ODON and Ministry of Emergency Situations' special rescue unit) in post-Soviet countries. Russian special forces wear different berets depending on the branch of the armed forces they belong to.

During the Second World War, it Soviet forces needed intelligence on German troop positions in northern Norway and Finland. On 5 July 1941 Admiral Arseniy Golovko of the Northern Fleet authorized the formation of a ground spy troop. This unit, the 4th Special Volunteer Detachment, was to be recruited from the fleet's sports-men and had about 65 to 70 personnel. Later the unit was renamed the 181st Special Reconnaissance Detachment.

The most prominent of these new recruits was Viktor Leonov, who joined the Soviet Navy in 1937. He was assigned to a submarine training detachment and then moved to a repair station in the Northern Fleet at Polyarnyy. Leonov had trained as a scuba diver, after which he joined 4th Special Volunteer Detachment, where he conducted numerous secret operations and twice being awarded the title of Hero of the Soviet Union.

Initially the unit was confined to performing small scale reconnaissance missions, platoon sized missions by sea and on occasion on land into Finland and later Norway. They began conducting sabotage missions and raids to snatch prisoners for interrogation. They would also destroy German ammunition and supply posts, communication centers, and harass enemy troop concentrations along the Finnish and Russian coasts.

When the European conflict ended, the Naval Scouts were sent to fight the Japanese. Leonov along with Capt. Kulebyakin and 140 men, landed on a Japanese airfield at Port Vonsan, not realizing they were opposed by over 3,500 enemy soldiers. A tense standoff ensued, until the commanding officers of the unit managed to bluff the Japanese forces into surrendering.

For further details about the Soviet conflict during Afghanistan War see here.

Soviet Spetsnaz forces took part in the Soviet–Afghan War of 1979–1989 in Afghanistan, usually fighting battles using helicopters. Their most famous operation, Operation Storm-333, was carried out on 27 December 1979 when Soviet special forces stormed the Tajbeg Palace in Afghanistan and killing Afghan President Hafizullah Amin and his 200 personal guards. The Soviets then installed Babrak Karmal as Amin's successor.

The operation involved approximately 660 Soviet operators dressed in Afghan uniforms, including 50 KGB and GRU officers from the Alpha Group and Zenith Group. The Soviet forces occupied major governmental, military and media buildings in Kabul, including their primary target – the Tajbeg Palace.

In the first one and a half years of the war, Spetsnaz units in the form of the 459th special forces company, were exclusively responsible for recon missions and intelligence gathering for the 40th Army. Aside from reconnaissance, the 459th was also tasked with capturing prisoners, destroying the leaders and field commanders of the Mujahideen.

By 1985, the GRU had expanded its special forces footprint to two spetsnaz brigades in Afghanistan, comprising just under 5,000 troops.

All content from Kiddle encyclopedia articles (including the article images and facts) can be freely used under Attribution-ShareAlike license, unless stated otherwise. Cite this article:
Spetsnaz Facts for Kids. Kiddle Encyclopedia.