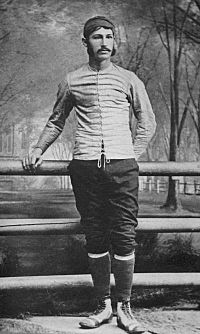 New Haven, Connecticut has a rich history of sports and athletics at the amateur, collegiate, and professional levels. Below is a history of some of the teams the city has hosted, as well as significant sporting events that have taken place in New Haven.

Much like other mid-sized Northeastern industrial cities, New Haven has historically supported its minor league hockey teams enthusiastically, having had a hockey team for 76 years. The New Haven Eagles were founding members of the American Hockey League in 1936, playing at the old New Haven Arena on Grove Street. The New Haven Blades of the Eastern Hockey League played from 1954 to 1972 before being succeeded by the New Haven Nighthawks of the AHL, which played at the then-new New Haven Coliseum.

The Nighthawks were replaced by the short-lived Senators in 1993. After a hiatus, hockey returned in 1997, with the Beast of New Haven. Playing in a newly refurbished Coliseum, this team lasted only two seasons, ending AHL hockey in New Haven. The New Haven Knights of the United Hockey League then took up residence in the Coliseum, playing there until the Coliseum closed in 2002.

After, the Coliseum was closed (thus ending any chance of minor league hockey returning to New Haven), fans' allegiances shifted to the United Hockey League's Danbury Trashers, owned by James Galante, who attempted to purchase and save the New Haven Coliseum and the New Haven Knights. The Trashers have since been disbanded and Galante is currently incarcerated for alleged mob ties. The AHL's Sound Tigers, which play in Bridgeport, provide minor league hockey for the area.

New Haven had been known for its blue collar fans who favor rough play, especially the "Crazies" who sat in "The Jungle" — Section 14 at the Coliseum, behind and adjacent to the opposing team's bench. These fans were renowned for being extremely tough on opposing teams, relentlessly screaming obscenities and taunts at opposing players (and sometimes at hometown players), making New Haven an intimidating place to play even though outright physical violence in the stands was rare. Section 14ers maintain a website called "Section 14 Online" which can be found at Section14.com.

The NHL's Hartford Whalers played some preseason games in New Haven during their last few years in Connecticut in an effort to gain support in Greater New Haven.

Greater New Haven's oldest professional soccer team was the Ansonia F.C.. which is believed to have begun play in 1887 before dissolving in the 1920s. New Haven was the home of the Connecticut Bicentennials of the North American Soccer League in 1976 and 1977, which played at Yale Bowl. The Hartford Hellions of the Major Indoor Soccer League played at the New Haven Coliseum during their inaugural season in 1979.

On January 9th 2017, it was announced that Elm City Express of New Haven would be playing in the National Premier Soccer League.

The New Haven Road Race has hosted the USA 20K Championship every year since its inception in 1978. The race, which featured 1,200 runners in its inaugural year, has grown to include as many as 7,000 participants. Other annual road races which take place in New Haven include the WPLR ShamRock & Roll 5K, held close to Saint Patrick's Day every March, and The Christopher Martins Christmas Run for Children 5K, held every December.

New Haven is home to both rugby union and rugby league teams, the New Haven Old Black RFC and the New Haven Warriors, respectively. Both teams play at 'The Boulevard" on Route 34. The rugby union team won the US DII National title in 2002. The last few years they have regularly qualified for the Sweet 16 in DI national championships. The rugby league team plays in the top level championship of the USA. They are the reigning 2008 champions.

There are two golf courses open to the public located within New Haven proper: The Course at Yale and Alling Memorial Golf Course. Dozens more are located in Greater New Haven and the New Haven metropolitan area; a list can be seen here.

All content from Kiddle encyclopedia articles (including the article images and facts) can be freely used under Attribution-ShareAlike license, unless stated otherwise. Cite this article:
Sports in New Haven, Connecticut Facts for Kids. Kiddle Encyclopedia.