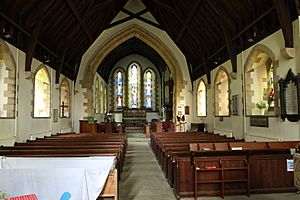 In the 1860s Staveley´s 14th century church was replaced with a new one on a different site. Only the tower of the old church survives. The new church was designed by the architect, J. S. Crowther of Manchester, in Early English style. The foundation stone was laid on 24 September 1863 by General Upton, acting on behalf of Hon. Mrs Howard, the Lady of the Manor.

It was consecrated by the Bishop of Carlisle, Rt Revd Samuel Waldegrave on 24 April 1865 at which point the only outstanding item was the spirelet. 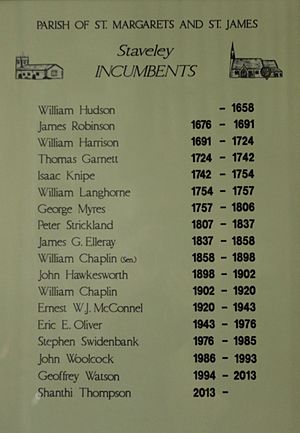 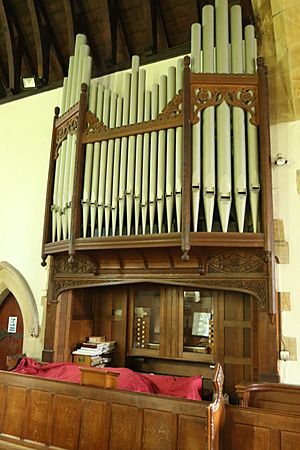 The church organ was built by Wilkinson and Son of Kendal and inaugurated on 25 September 1866 by Mr Smallwood of St George's Church, Kendal. A specification of the organ can be found on the National Pipe Organ Register.

All content from Kiddle encyclopedia articles (including the article images and facts) can be freely used under Attribution-ShareAlike license, unless stated otherwise. Cite this article:
St James' Church, Staveley Facts for Kids. Kiddle Encyclopedia.