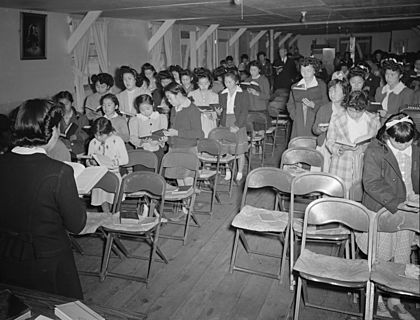 Sunday School is a kind of schooling found in many churches, mosques or religious communities. Classes are done on Sundays. Before or after the main part of worship, a class is held to learn more about that church's teachings, and about the Bible or holy scripture of the religion. Sometimes the class is only for children, sometimes adults go there as well and sometimes there are different classes for adults and for children. 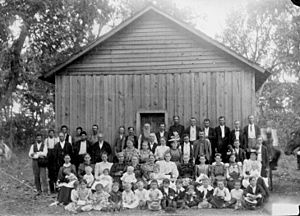 Sunday schools were first set up in the 1780s to provide education to working children on their one day off from the factory. Robert Raikes contributed to their development. Raikes was the editor of The Glouchestor Journal, and he wanted to stop children from becoming bad. In 1805, Stockport Sunday School made a school for 5000 students. In the late 19th century this was the largest in the world. The first Sunday school in London opened at Surrey Chapel by a pastor named Rowland Hill. By 1831, 1,250,000 children went every week to Sunday School in Great Britain. This was bout 25 percent of the people.

The American Sunday School system was first begun by Samuel Slater in Pawtucket, Rhode Island, in the 1790's. 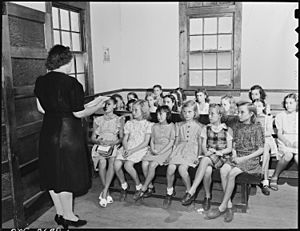 Sunday school at the Baptist church in Kentucky, US, 1946

All content from Kiddle encyclopedia articles (including the article images and facts) can be freely used under Attribution-ShareAlike license, unless stated otherwise. Cite this article:
Sunday school Facts for Kids. Kiddle Encyclopedia.