Sunray is a city in northeast Moore County, Texas, United States. The population was 1,926 at the 2010 census. 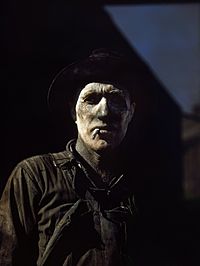 Sunray, Texas was founded by Jack Clarence Collins. He was born in Hartley, Texas in 1893, and in 1902 moved to Channing, Texas with his parents, Mr. and Mrs. E.S. Collins. Jack graduated from Channing High School and later, in 1916, from Texas A&M, where he was class valedictorian and class president in his senior year. Later he served for several years as cashier of the First National Bank of Channing while extending his family’s ranch holdings. Mr. Collins was well-known and respected in ranching and financial circles, and was a ranking member of the Republican Party for several years.

Jack Collins didn’t call the town “Sunray” when he laid it out in 1930. The first lots were sold at $10 each under the name, “Altman,” but it was discovered that a town in Rusk County had already appropriated that name, hence, the name “Sunray” was used. A Post Office was applied for on May 5, 1930, using the name “Altman,” but because of the duplication, “Sunray” was not approved until 1935.

On Sunday, 29 July 1956, the nearby industrial plant was the site of a major accident. The McKee refinery fire killed 19 firefighters when a storage tank suffered a vapor explosion.

According to the United States Census Bureau, the city has a total area of 1.7 square miles (4.4 km2), all of it land .

According to the Köppen Climate Classification system, Sunray has a semi-arid climate, abbreviated "BSk" on climate maps.

The Valero McKee Refinery is located several miles southwest of Sunray. It processes 200,000 barrels of oil per day and has 475 full-time personnel.

The City of Sunray is served by the Sunray Independent School District and home to the Sunray High School Bobcats.

All content from Kiddle encyclopedia articles (including the article images and facts) can be freely used under Attribution-ShareAlike license, unless stated otherwise. Cite this article:
Sunray, Texas Facts for Kids. Kiddle Encyclopedia.