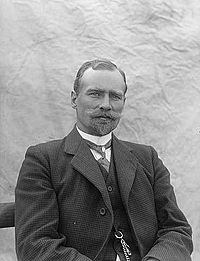 Sverre Helge Hassel (30 July 1876 – 6 June 1928) was a Norwegian polar explorer and one of the first five people to reach the South Pole.

Sverre Hassel was born in Christiania (now Oslo), Norway. As soon as he was old enough, he went to sea, earning his mate's certificate. Between 1898 and 1902, Hassel participated on board the Fram in Otto Sverdrup's attempt to circumnavigate Greenland. 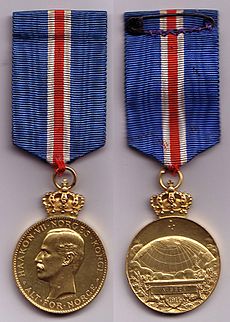 Along with Helmer Hanssen, Hassel was picked as an expert dog driver to take part in Roald Amundsen's South Pole expedition 1910 – 1912. On 14 December 1911, Hassel together with Amundsen, Helmer Hanssen, Olav Bjaaland and Oscar Wisting were the first to reach the South Pole. For his participation in the expedition, he was awarded the South Pole Medal (Sydpolsmedaljen), the Royal Norwegian award instituted by King Haakon VII in 1912 to reward participants in Roald Amundsen's South Pole expedition.

Hassel was constable of the Maritime Military Corps in 1904 before he was hired as an assistant at the customs authorities in Kristiansand. In 1922, Hassel became customs inspector and office manager in Grimstad. Sverre Hassel died in 1928 during a visit to Amundsen's home in Svartskog.

All content from Kiddle encyclopedia articles (including the article images and facts) can be freely used under Attribution-ShareAlike license, unless stated otherwise. Cite this article:
Sverre Hassel Facts for Kids. Kiddle Encyclopedia.