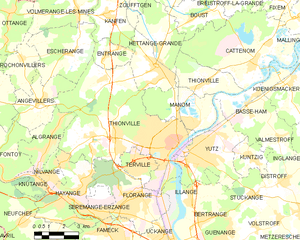 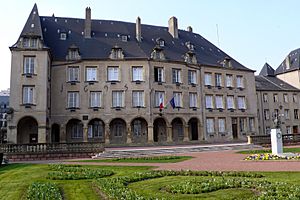 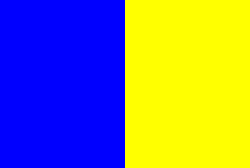 Thionville (Luxembourgish: Diddenuewen, German: Diedenhofen) is a city in the northeast of France, close to the Luxembourgian and German border. It is situated on the left side of the Moselle River. About 41,000 people were living there in 2014.

All content from Kiddle encyclopedia articles (including the article images and facts) can be freely used under Attribution-ShareAlike license, unless stated otherwise. Cite this article:
Thionville Facts for Kids. Kiddle Encyclopedia.