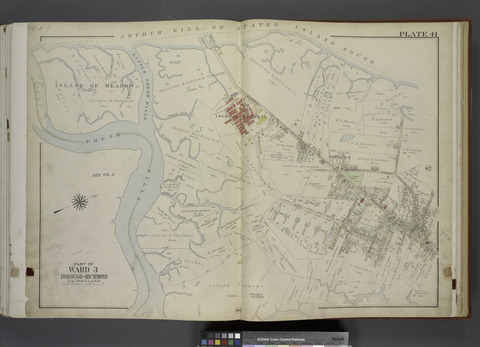 Travis is a residential and industrial neighborhood in west-central Staten Island, one of the five boroughs of New York City.

It is bounded on the north by Meredith Avenue and Victory Boulevard, on the east by the William T. Davis Wildlife Refuge, on the south by the Fresh Kills, and on the west by the Arthur Kill. Some local geographers classify Travis as being part of the island's West Shore, while others reckon it as a Mid-Island neighborhood.

Travis is one of the oldest, as well as one of the more isolated and sparsely populated locales on Staten Island. The site of an Indian village, it was known as Jersey Wharf and, during the Revolutionary period, as New Blazing Star Ferry. It was a skirmish site during the Battle of Staten Island. It was the site of ferries from 1757 and was for decades part of the route between Philadelphia and New York via the Port Richmond Ferry. In the early 19th century the village was named Travisville after Captain Jacob Travis. In mid-century it was named Long Neck and then Deckertown after a local family.

In 1873, the American Linoleum Company acquired 300 acres in the area to build the nation's first linoleum factory, leading to the area being named Linoleumville. Many skilled English immigrants arrived to work in the factory in its early days. By the early 20th century, 700 workers were employed, comprising half the local population. Many of these were Polish immigrants, and Linoleumville had become a Polish enclave. The plant closed in 1931 and residents overwhelmingly chose to rename the community Travis.

In later years, Travis's isolation has been somewhat disrupted by the construction of the West Shore Expressway and the Teleport. The area has sometimes suffered from poor air quality due to the nearby Fresh Kills Landfill and New Jersey's Chemical Coast. 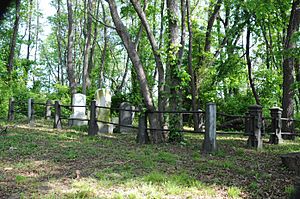 Travis is noted throughout Staten Island for the colorful annual Independence Day parade, held since 1911. Many members of the community's founding families are buried in Sylvan Grove Cemetery, a small triangular burial ground near the junction of Victory Boulevard and the West Shore Expressway, which had fallen into severe disarray, mostly due to vandalism. An island-wide charitable organization, the Friends of Abandoned Cemeteries of Staten Island, was founded in 1982 in an effort to restore this and other assorted small cemeteries on the island that have been unused for decades, and in some cases, even centuries. Construction is scheduled for the area next to the cemetery to be turned into "Independence Park". Work began in November 2010.

The 1980s saw an expansion of commercial development along the West Shore Expressway, including a giant UA Movie and Bowling Complex; that complex no longer houses a movie theater. The West Shore Plaza was also built in this area, with the island's only Burlington Coat Factory as the anchor store (before this, it was a flea market, Bradlee's Store and Caldor). Also part of this expansion was a large industrial park called the Teleport, located at the eastern edge of Travis. It houses mostly companies engaged in the Internet and telecommunications industries. The service roads of the West Shore Expressway are also the site of retail and other businesses.

Travis is home to FDNY Engine Company 154, which also houses a spare fire engine and Brush Fire Unit 4. Also protecting Travis is one of the last volunteer fire houses in the city, and second on Staten Island, Oceanic H&L Company No. 1. Oceanic was formed in 1881, making it one of the oldest volunteer fire houses in the country. The fire house itself was located on the other side of town and moved down Victory Boulevard by horse to where it is today.

The building of the UA movie theater complex has changed Travis dramatically over the last decade. Traffic patterns have changed along with new development of homes. Many of the older homes that sat on large plots of land are being torn down and replaced with new row homes. Even with this building boom, Travis has retained many of the characteristics that made it the last frontier on Staten Island. Still standing is the old Tennyson's Confectionery. It now is a balloon and party store, but this once held a penny candy store that was operational for almost one hundred years. It is located across from the Oceanic Hook and Ladder firehouse and was a popular hangout for the locals and firemen. Owned by "Snappy" Ed Tennyson, called that because he moved so slowly, it was handed down to his son-in-law, Robert Minto, Jr., who ran the store just about up to his death in 1986.

The western terminus of Victory Boulevard, a major thoroughfare on Staten Island, is at Travis. Established in 1816 by Daniel D. Tompkins as the Richmond Turnpike, this road was "promoted as the fastest route from New York to Philadelphia". On this road, bus service along the island's North Shore to the College of Staten Island and St. George Ferry Terminal is provided by the S62/92 route. A ferry across the Arthur Kill linked Travis with Carteret, New Jersey. It stopped running in 1929. However, a passenger ferry did remain in operation until the mid-1960s.

Travis is served by the Travis freight branch of the North Shore Branch of the Staten Island Railway, which leads into the Howland Hook Container Terminal. One proposal for a West Shore Light Rail has it using these tracks.

As of the 2010 census, the population of Travis was 2953. The demographics of Travis were roughly as follows: 71.% White, 3% Black, 16.9% Hispanic, 6% Asian, 2.2% Other. This is defining Travis as everything within the boundaries of Census Tract 291.02. Although it covers Bloomfield and Chelsea as well, almost all of the residents live in Travis.

All content from Kiddle encyclopedia articles (including the article images and facts) can be freely used under Attribution-ShareAlike license, unless stated otherwise. Cite this article:
Travis, Staten Island Facts for Kids. Kiddle Encyclopedia.