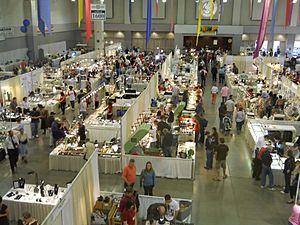 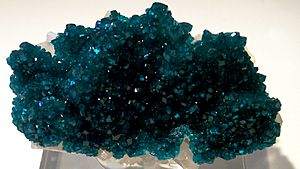 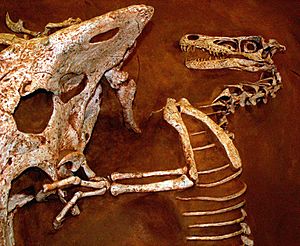 The Tucson Gem, Mineral & Fossil Showcase are gem and mineral shows that take place annually in late January and February at multiple locations across the city of Tucson, Arizona. Most of the shows are open to the public, except for certain trade shows which require registration with a business license.

The first Tucson Gem and Mineral Show was held in an elementary school in 1955 and shortly thereafter moved to a Quonset hut at the Tucson Fair Grounds. In 1973, it moved into the Tucson Community Center, first occupying the North Exhibit Hall, then expanding into the Arena and upper Arena concourse. After the completion of the new facility in 1990, which is now called the Tucson Convention Center, the Tucson Gem and Mineral Show now occupies the Arena, Exhibition Halls A-B-C, Galleria and Ballrooms. Katherine Rambo estimates that between 1996 and 2010 there was an average of about thirteen hundred total dealers from forty-nine states and thirty-two countries in attendance, annually. The 2021 show was canceled due to the COVID-19 pandemic.

The Tucson Gem, Mineral & Fossil Showcase is one of the single highest revenue-producing events for the Tucson economy. The estimated economic impact in 2018 was $120 million.