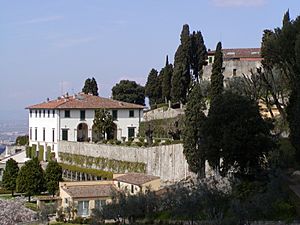 The Medici villa in Fiesole. 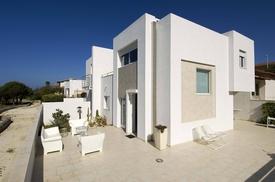 Example of a modern architecture villa in Sicily.

A villa was originally a style of house built for the upper classes in ancient Rome. This style of architecture has been kept and adapted upon. The villas in Italy have gradually evolved into luxurious houses. Today, the word villa can refer to many types and sizes of houses around the world.

All content from Kiddle encyclopedia articles (including the article images and facts) can be freely used under Attribution-ShareAlike license, unless stated otherwise. Cite this article:
Villa Facts for Kids. Kiddle Encyclopedia.