War of Attrition facts for kids

Kids Encyclopedia Facts
Not to be confused with Attrition warfare. 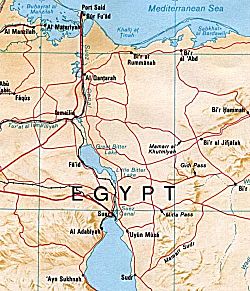 The War of Attrition (1967–1970) was a war between Egypt and Israel. It ran from March 1969 to 7th August 1970 when the ceasefire was restored. It followed the Six-Day War in 1967, when Israel won a victory and captured the Golan Heights, Gaza Strip and the West Bank.

Both sides used attrition warfare in an attempt to weaken the other. Both Egypt and Israel thought that by wearing down the other they would gain an advantage in later negotiations. Egypt wanted its territory back from Israel. The leader of Egypt, Gamal Abdel Nasser, thought that by waging a low-grade war against Israel, he would exhaust their resources and get them to give up the territory. Israel wanted to secure its hold on the Sinai and annex it to Israel.

All content from Kiddle encyclopedia articles (including the article images and facts) can be freely used under Attribution-ShareAlike license, unless stated otherwise. Cite this article:
War of Attrition Facts for Kids. Kiddle Encyclopedia.