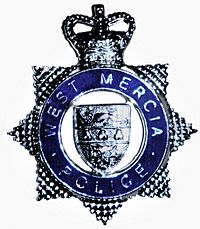 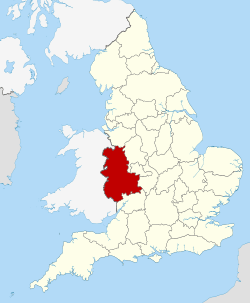 Map of the area the force covers

West Mercia Police is a territorial police force that polices Herefordshire, Shropshire and Worcestershire, all counties of England. It used to be known as the West Mercia Constabulary. Its name comes from the area it polices formerly being the western part of the Anglo-Saxon kingdom of Mercia.

It is the fourth largest police force in England and Wales.

The force has around 2,000 police officers, 200 police community support officers, 1500 police staff and 400 members of the special constabulary.

Their headquarters is at Hindlip Hall on the outskirts of the city of Worcester.

All content from Kiddle encyclopedia articles (including the article images and facts) can be freely used under Attribution-ShareAlike license, unless stated otherwise. Cite this article:
West Mercia Police Facts for Kids. Kiddle Encyclopedia.