Wilton House Museum is a museum in a historic house located in Richmond, Virginia. Wilton was constructed c. 1753 by William Randolph III, son of William Randolph II, of Turkey Island. Wilton was originally the manor house on a 2,000-acre (8.1 km2) tobacco plantation located on the north bank of the James River several miles east of the city of Richmond. Between 1747 and 1759, William III acquired more than a dozen contiguous tracts of land. About 1753, Randolph completed building a Georgian manor house, which he named "Wilton," on a site overlooking the river.

In 1934, with commercial development encroaching and the property in danger of foreclosure, The National Society of The Colonial Dames of America in the Commonwealth of Virginia saved the mansion from destruction by purchasing, dismantling, moving, and rebuilding it on a site overlooking the James River a few miles west of its original location. Open to the public since 1952, Wilton hosts a collection of 18th- and 19th-century furnishings, textiles, glass, ceramics, and silver that reflect the wealthy planter life of the mid-18th century.

The house was listed on the National Register of Historic Places in 1976. 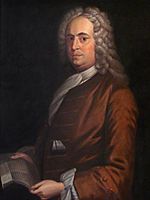 Wilton is built in the Georgian style of architecture, which was the prevailing style during the Colonial era in New England and the Southern colonies. Colonial Georgian architecture differed slightly from region to region, depending on climate and locally available building materials, but generally followed a symmetrical, rectangular plan with simple, dignified lines ultimately deriving from Palladian architecture.

History of the house

During the 17th century the Randolph family of Virginia was among the wealthiest and most powerful families in Colonial Virginia. William Randolph and his wife, Mary Isham Randolph, have been referred to as "the Adam and Eve of Virginia," whose many distinguished descendants included President Thomas Jefferson, Chief Justice John Marshall, and General Robert E. Lee. Wilton was constructed circa 1753 for William III and his wife, Anne Harrison Randolph, on a 2,000-acre plantation overlooking the James River. William Randolph III was a planter and public servant: a member of the House of Burgesses for Henrico County, an officer in the militia, and a vestryman for Henrico Parish.

Wilton was constructed for William Randolph III and Anne Randolph between circa 1753; their son Peyton Randolph (d. 1784) was the second owner, and after Peyton the house descended through several generations of Randolphs until 1859. Wilton survived the Civil War and changed owners another four times before going into foreclosure by The Bank of Commerce and Trust during the depth of the Great Depression. When the house was in danger of demolition The National Society of The Colonial Dames of America in the Commonwealth of Virginia intervened and became the last owners of the house.

At Wilton, the Randolphs enslaved over 100 African American men, women, and children and utilized slave labor to build both the house and produce their ongoing income in the form of wheat and tobacco. By the early 19th century, Wilton was home to the largest enslaved community in Henrico County.

Wilton was originally located on a 2,000-acre tobacco plantation approximately 9 miles downriver from Richmond, the large two-story brick house is one of the most significant of the James River plantation mansions.

In his will, William Randolph IV had given his wife "compleat power at any time to dispose of any part of my property that she may think proper for the payment of my debts". In 1833, the writer Catharine Sedgwick visited Wilton and described "Broken down fences, a falling piazza, defaced paint, banisters ties up with ropes, etc." and added that "the general aspect of the house is that of a forlorn ruin". The total value of the Wilton estate as reflected in the land tax books fell from $74,664 in 1832 to $45,066 in 1850. Wilton continued to decline.

In 1833 and 1835, Robert Randolph was forced to place the plantation in trust to secure ever larger debts. Robert Randolph died in 1839, leaving a heavily indebted Wilton to his daughter, Catherine. Four years after Robert's death, his widow, Mary, married James Brook of New York. In 1846, James and Mary filed suit against the estate of their daughter, Catherine S. Randolph, to facilitate a division of the property. Wilton was divided into 744 acres belong to James and Mary, and 1,535 acres belong to Catherine.

In 1859, Catherine filed a suit to sell Wilton. The suit was not settled until 1875. The depositions of the land condition indicate that soil fertility on the plantation had been reduced due to hard cultivation over the years by owners and tenants. The buildings were dilapidated and worthless. The auction was held on July 27, 1859: William C. Knight paid $49,517 for 1,237.93 acres, including the house. Catherine was the last owner of Wilton from the Randolph family.

Wilton was in danger of foreclosure during the Great Depression, and then it was purchased by The National Society of The Colonial Dames of America in the Commonwealth of Virginia in 1933 and was reconstructed along the banks of the James River, 15 miles west of its original location.

Wilton is Richmond's only 18th-century public plantation home, with of an array of 1,400 artifacts. These 17th-, 18th-, and 19th-century pieces include silver, ceramics, textiles, paintings, documents, and furniture. The museum's collection can be seen online at the National Portal to Historic Collections at the American Heritage website.

All content from Kiddle encyclopedia articles (including the article images and facts) can be freely used under Attribution-ShareAlike license, unless stated otherwise. Cite this article:
Wilton House Museum Facts for Kids. Kiddle Encyclopedia.