Winnfield is a small city in the parish seat of Winn Parish, Louisiana, United States. The population was 5,749 at the 2000 census, and 4,840 at the 2010 census. Three governors of the State Of Louisiana were from Winnfield. 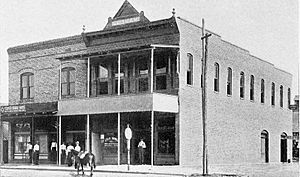 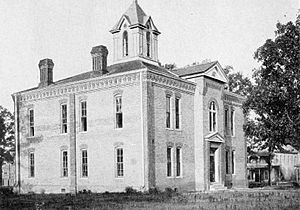 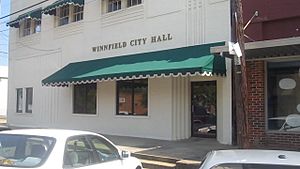 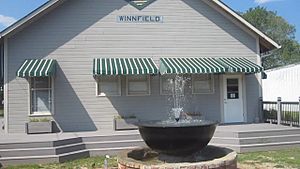 This restored railroad depot in downtown Winnfield houses the Louisiana Political Museum and Hall of Fame, with many of the exhibits dedicated to the Long family 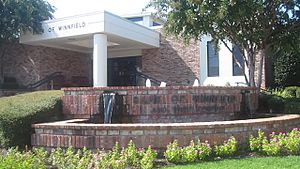 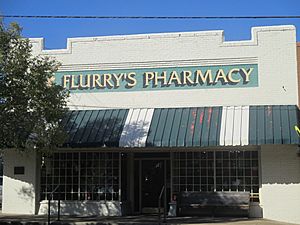 Since the 1960s, Flurry's Pharmacy has operated in the oldest brick building at 101 E. Main Street in downtown Winnfield 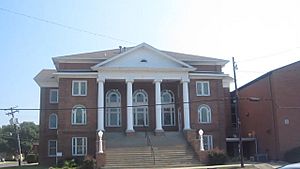 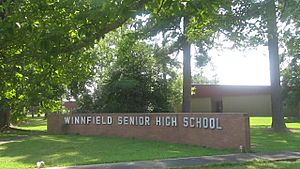 Winnfield Senior High School is located on a wooded lot off U.S. Highway 167 in north Winnfield

When Winn Parish was officially formed by the state legislature in 1852, Winnfield was established as the parish seat.

Many Civil War bandits made the region their home. Among these were the West and Kimbrill clans, which at one time included the Frank & Jesse James.

Three Louisiana governors were Winnfield natives and grew up here: Huey Long, Oscar K. Allen and Earl Long. Huey Long became governor, U.S. Senator, and challenged Franklin D. Roosevelt for Presidency in 1932. He was assassinated in 1935. Oscar K. Allen was elected governor in 1932. Earl Long, "the Louisiana Longshot," served in a variety of state positions, said to be more than other Louisianan, including elective office. He was elected governor in 1939, 1948 and 1956. He was elected to Congress in 1960 but died before he could assume office.

Winnfield was a major producer of salt in the Civil War days, salt kettles used at Big Cedar furnished salt for the Confederate army. One still exists today in front of the Louisiana Political Museum and Hall of Fame, turned into a fountain. The salt works was located on Saline Bayou. Later the Cary Salt Works started a 840 ft deep mine south of Winnfield. The mine was used by the federal government in Project Coyboy Plowshare Program, Cowboy Event. Between Dec 1959 and March 1960 a series of high explosives were set off inside the Carry Salt Works in an unused portion of the mine. The mine later was flooded by an underground river. The mine and all equipment inside was abandoned.

The rock quarry operated near or on top of the salt mine and produced limestone and gravel still operates today as Winn Rock.

Winnfield has an elevation of 128 feet (39.0 m). According to the United States Census Bureau, the city has a total area of 3.3 square miles (8.6 km²), all land. North and west of Winnfield, Saline Bayou, a National Wild and Scenic Rivers System waterway, offers blackwater canoeing as well as fishing.

Winnfield is about a three-hour driving distance from Baton Rouge.

There were 2,172 households out of which 33.1% had children under the age of 18 living with them, 36.9% were married couples living together, 24.4% had a female householder with no husband present, and 33.4% were non-families. 30.2% of all households were made up of individuals and 14.5% had someone living alone who was 65 years of age or older. The average household size was 2.54 and the average family size was 3.15.

Portions of the 1989 film, Blaze, starring Paul Newman, were filmed in Winnfield and Saline.

All content from Kiddle encyclopedia articles (including the article images and facts) can be freely used under Attribution-ShareAlike license, unless stated otherwise. Cite this article:
Winnfield, Louisiana Facts for Kids. Kiddle Encyclopedia.