The 1890 House Museum is a historic house located on Tompkins Street in Cortland, New York. It was built in 1890 for industrialist Chester F. Wickwire (1843–1910), and was designed by architect Samuel B. Reed. Chester Wickwire lived in the home from 1890 until his death in 1910. He made his fortune by founding and managing the Wickwire Brothers Company in Cortland, NY, which produced wire products such as horse muzzles, seed spreaders, insect screens, and similar products for rural Americans.

In 1974, the 1890 House Museum formed a part of the Tompkins Street District's listing on the National Register of Historic Places, and in 1975, the 1890 House became a museum after campaigning from Cortland County leaders.

Chester, his wife Ardell, and their sons Charles and Frederic moved into the house on June 1, 1890. After Chester's death in 1910, Ardell Wickwire lived in the house until her death in 1915. 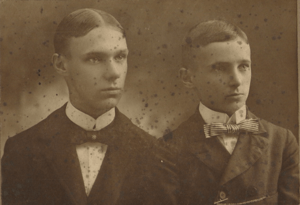 Chester was born in McGraw, New York to a farming family, and moved to the city of Cortland at age nineteen. He married Ardell Rouse from Greene, New York on October 2, 1866. They had three children, Raymond, Charles and Frederic. Raymond died at age five of scarlet fever in 1878; his two younger brothers followed their father into the family business.

In addition to the Wickwire family, many servants lived at the mansion. One servant, a twenty one year old Irish cook named Margaret Stack, immigrated from Athea, County Limerick, Ireland in 1904. She arrived on Ellis Island with two of her siblings. Stack worked at the house from 1904 to 1911, after which she moved back to Ireland with her husband, a fellow Irish immigrant named John Lane, who she met in Cortland. Visitors to the house can view Margaret Stack's bedroom and learn about the lives of Victorian servants.

After Ardell's death, the house lay dormant for eight years until Frederic moved in with his wife Marion, a local poet. Frederic and Marion made several renovations to the house, reflecting the style and tastes of the 1920s. 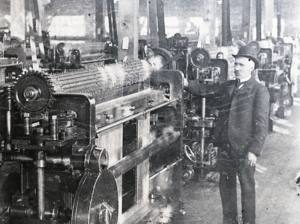 In 1873, Chester Wickwire received a carpet loom, which he adapted to weave wire instead. In the process, he discovered a cheaper method for manufacturing wire products, and he opened his own factory with his brother, Theodore, which they called the Wickwire Brothers Company. By 1883, they had become the second largest producer of wire goods in the United States, thanks in part to Chester's patents.

The Wickwires hired many immigrants, mainly from Germany, Italy, Russia, and Ireland. The employees worked on an assembly line, which proved to be dangerous. The factory saw seven industrial accidents between 1887 and 1897. In February 1888, a 14-year-old boy lost his toes and part of his foot. In April 1888, one man had his fingers mangled in the gears of a loom.

The museum offers guided and self-guided tours for visitors, who can view 14 rooms on three floors, as well as a cupola. The 1890 House offers monthly educational programs and special events, and film a monthly YouTube series called WickWired, focusing on the Victorian age and the lives of the Wickwire Family.

All content from Kiddle encyclopedia articles (including the article images and facts) can be freely used under Attribution-ShareAlike license, unless stated otherwise. Cite this article:
1890 House Museum Facts for Kids. Kiddle Encyclopedia.