Morrell was born Abbey Jane Wood in New York on 17 February 1809. Her father, Captain John Wood, died on 14 November 1811 in New Orleans and had been master of the ship Indian Hunter. Her mother remarried in 1814 to a Mr. Burritt Keeler.

On 29 June 1824 she married Captain Benjamin Morrell, who was a distant cousin, and became his second wife. They had a first son (born between 1825 and 1828) who Morrell looked after in New York. However, in her own words, Morrell was determined to accompany her husband on his next voyage in 1829 and succeeded in persuading him after a week of crying. When she and her husband set sail, the son was left in New York with her mother. 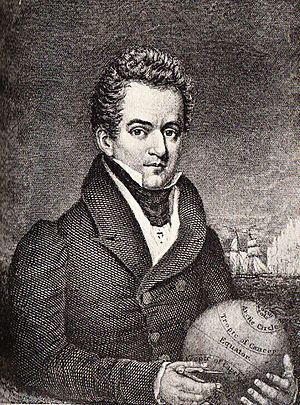 On 2 September 1829 they set sail on her husband's fourth voyage of commerce and exploration on the schooner Antarctic. They voyaged from 1829 to 1831 and both wrote accounts of what they saw on their return. Morrell was accompanied by her brother, who is not named.

The voyage saw them visit a remarkable number of places around the world, such as the Cape Verde Islands, Tristan da Cunha, New Zealand, the Philippines, Singapore, Liberia and South Africa. Morrell kept journals whilst they travelled, which helped to put together her account on her return. Morrell is influenced by the trader perspective in her writings - theirs is a voyage of financial investment.

In January 1830, during their travels in the South Pacific, the ship visited the east coast of New Zealand and Morrell went to visit the mission at Paihia, where she was hugely impressed by the work of the English missionaries.

Morrell's account is important in Antarctic history, as it the first description by a woman of the subarctic region. On 5 December they put in to a harbour visited by James Cook, and saw "an enormous number of elephant seals".

Many of the things they saw and wrote about are of interest to historians. One episode is the capture of a person called Dako, who appears to have been a leader from the small island of Uneapea (Bali Island), north of West New Britain, Papua New Guinea, who led an attack on their ship. They captured Dako, named him 'Sunday', and he eventually returned to New York with them, and alongside another captive called 'Monday' put them both on display at Tammany Hall and then at Peale's Museum on Broadway.

The couple returned to New York in 1831, nine days before their second son was born.

There is little documented history for Abby Morrell after 1838: two records, dated 1841 and 1850, place her in New York, but details of her life and eventual death are unknown. She wrote no further books.

All content from Kiddle encyclopedia articles (including the article images and facts) can be freely used under Attribution-ShareAlike license, unless stated otherwise. Cite this article:
Abby Jane Morrell Facts for Kids. Kiddle Encyclopedia.