The Museum holds the national collection of the Royal New Zealand Air Force. The collection includes objects covering the early days of New Zealand military aviation both prior to World War I and during this major conflict, the interwar years which saw the formation of the RNZAF in 1937, New Zealanders who fought in the RAF and in other Allied air forces during World War II, the RNZAF's campaign in the Pacific, and the post-war period to the present day. The collection also includes objects from former enemy forces, aircraft, aircraft components, aircraft engines, large objects, textiles, art and memorabilia as well as an extensive paper and photographic archive.

Visitors can take a half-hour guided tour through 'behind the scenes' areas of the Museum, which includes the Reserve Collection hangar. The Museum's most recent restoration project, an Airspeed Oxford, is now on public display since February 2016. The Museum also has a Mosquito Flight Simulator, which features a mission based on the Allied bombing of German battleships in the Norwegian fiords.

In response to the 2011 earthquake, the museum opened its collections storage facility to other cultural institutions that had been damaged. 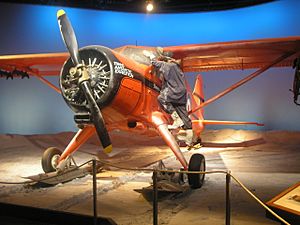 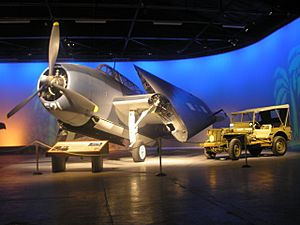 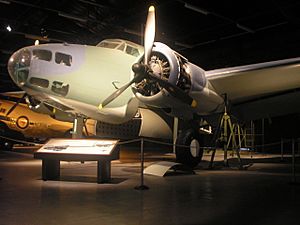 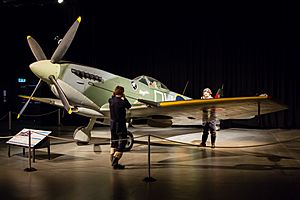 All content from Kiddle encyclopedia articles (including the article images and facts) can be freely used under Attribution-ShareAlike license, unless stated otherwise. Cite this article:
Air Force Museum of New Zealand Facts for Kids. Kiddle Encyclopedia.