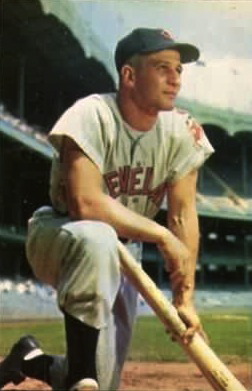 Albert Leonard "Al" Rosen (February 29, 1924 – March 13, 2015), nicknamed "Flip" and "The Hebrew Hammer" (he was of Jewish descent), was an American professional baseball player. He was a third baseman and right-handed slugger in the Major Leagues for ten seasons in the 1940s and 1950s.

Rosen played for the Cleveland Indians throughout his entire baseball career. He began playing for them in 1947. He retired in 1956.

All content from Kiddle encyclopedia articles (including the article images and facts) can be freely used under Attribution-ShareAlike license, unless stated otherwise. Cite this article:
Al Rosen Facts for Kids. Kiddle Encyclopedia.